Skip to content
Managed to get tickets for Newcastle v Man city, it’s been ages since have been to a match and I love St James park. Cannot believe its now called sports direct. Earlier in the day a statue of the legendary Sir Bobby Robson had been un veiled.

The match didn’t go our way 2-0 defeat 😦
After the match met up with Andy from twitter world and he took us with his friends on a pub crawl through the toon. Great friendly people and the Geordie accent is soooo sexy.

We had booked a room at a new hotel called Sleeperz, brilliant place and only £62 a night.
Next day set off for a walk down the quayside and some retail therapy before heading to see the Angel of the north. The Angel is a sight to be seen.

On the way home stopped for supper at the kings head ravenstonedale. The menu had such great potential but was poorly delivered 😦 The starters came and were delicious but the main which was Beef, Stilton and green peppercorn pie. It just didn’t work, the beef was tasteless,pastry was half cooked and the chunky chips were raw in bits, not good at all. 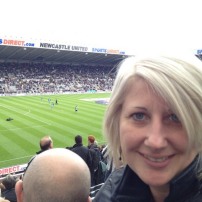 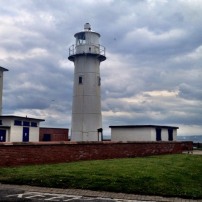