So typical weather for the 1st July….you would think it was November.  Decided to head to Yorkshire in the hope of finding better weather.  The journey over and the weather was not looking great but had decided to do the “classsic” Malham cove walk.

When we arrived the weather was awful so retreated to the Gordale tearoom to contemplate what to do and purchase map.  The cakes were amazing, the weather did look as if it was improving so thought lets just do it.

So off we went in the rain, my hair was not happy with this!  But I did have mascara and lipgloss a Glam walkers essential kit.  It was a very well trodden path to our first sight of Janet Foss’ waterfall.  It is a very impressive sight, apparently according to legend, she was a fairy queen who lived in a cave close to the waterfall.  Then proceeded to the Gordale scar, last time I came here (about 14 years ago) scrambled up but today there was alot of water and was dangerous to attempt a climb.  So came back along the path and scrambled up the scree to join the top path.  Continued along the limestone top and then dropped down to Malham Tarn and then onto the Pennine Way to the cove.  It was so cold on the tops that I was glad I had packed my hat and gloves!

The cove is an amazing sight and was careful not to get too near the edge!  Then it was the 400 steps down to the bottom!  I didn’t count them…

A gentle walk back into the village, for a walkers reward pint of Timothy Taylors mmmm

Every good walk needs a pub FACT!  On the way home stopped at the Inn at Redwell for roast beef dinner nom nom. 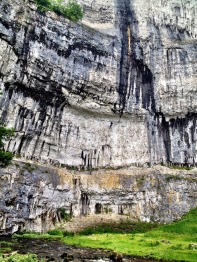 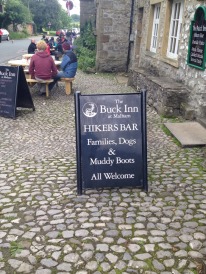 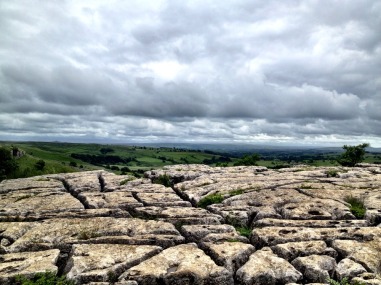 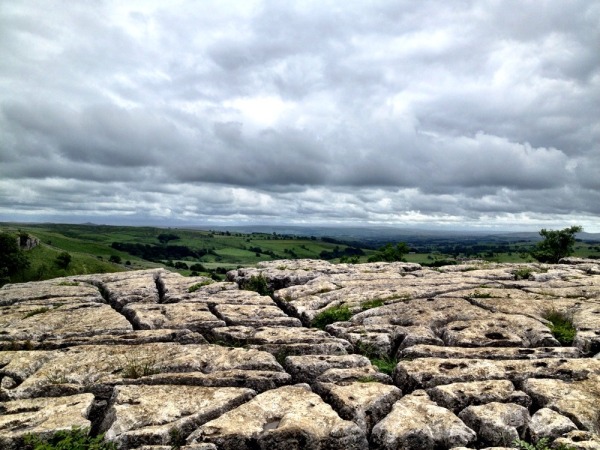