They say you should do something that scares you everyday! So that’s why abseiling made it onto my to do list! I had a mini taster of what is was like when I went to the climbing wall. Si’s words “trust your harness” in my head.

After contacting a couple of Lakeland companies enquiring about abseiling, no one bothered to return my call 😦
So I put a plea out on twitter asking if anyone knew where/who to contact. Lots of people replied but one @P9ADV messaged me and said I’ll do it for a tray of your famous brownies. Messages went back and forth and after I sussed it was a genuine offer from a brownie fiend! Plus checked out his bio and he was an outdoor instructor working at Bendrigg lodge just up the road. Numbers were exchanged and spoke regarding where/when etc.

So it was decided the 10th February and the location was the Cathedral caves in Little Langdale.

So the day arrived, I was excited but then not so after watching a YouTube video of someone doing it!

We walked up to the tester abseil at a mere 40ft. Harnessed up off I set over the edge. 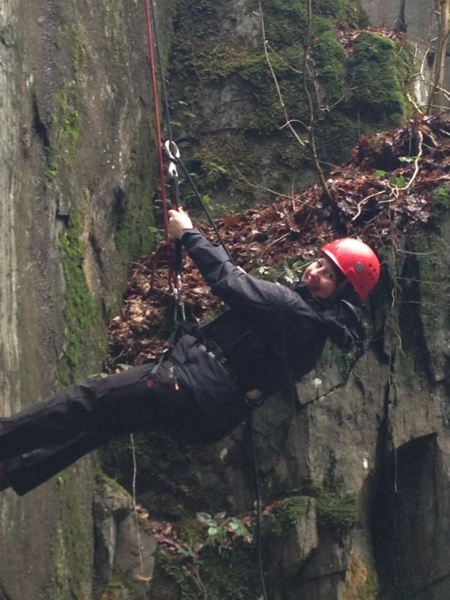 Ok that wasn’t so bad, survived with only a little potty mouth action! It was through the tunnel and short walk back up to the top to go again. So confidence was building to tackle the classic abseil of 120ft. We packed up the ropes to set up for the big one!!
With this abseil you had to slide on your knees backwards and gently lower down till the harness took up the slack before standing up. I’d set off and said to Craig I would love a pic, no bother he said I’ll get my camera. Que me secured on the rock face waiting for my photo shoot! Picture taken!

So off I go, trying not to look down, concerntrating on keeping my arm down by my side feeding the rope through. All was going well till I got to the overhang, the security of the rock face disappeared and I was unglamourously dangling trying not to panic. A little panic did set in, when I couldn’t get my rope to move but a few calming breaths and I was off and soon the ground was felt beneath my feet!

I was down and very proud that I had done that with a little finesse! It is an exhilarating experience that I would recommend.
A huge thank you to Craig for giving up his Sunday to help me out with this. I really appreciated it. Craig is a qualified outdoor instructor and available for most things. If you want to have a go at this contact him pennineadventure@me.com
A celebratory pint at The Three Shires and payment of brownies and beer to Craig. A brilliant day thank you! 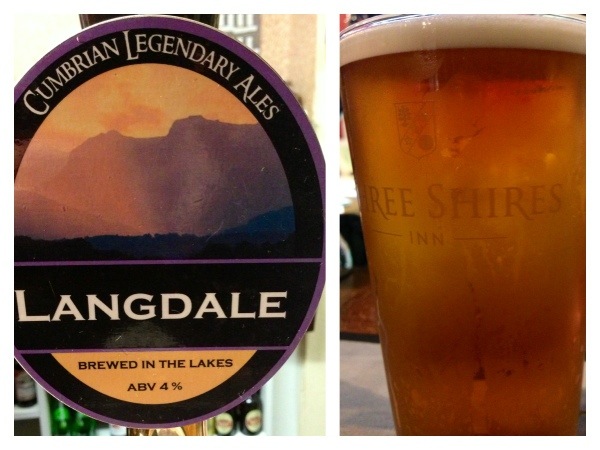 So another thing crossed off, consults list for next adventure!!