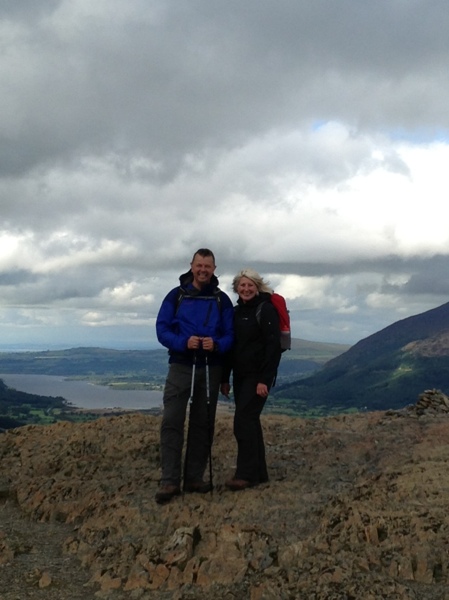 With a terrible forecast for the weekend, my first wild camp was cancelled again. I think personally it’s Mother Nature telling me to stick to hotels!! Having seen the sunset on the last couple of evening walks, I truly can’t wait to experience it from the top of a fell with a malt in hand. I did suggest to Gary that we camp on Binsey but he said no! A proper hill for your first camp, so fingers crossed for a good forecast soon.

The forecast for Sunday improved and as I have become slightly obsessive with Wainwright decided to do the Newlands Horseshoe. I had seen lots of pictures of Dale Head and it’s impressive cairn so was looking forward to it.

The sun was shining in Kendal and for a moment thought ooh shorts, but glad that I went for trousers as was quite autumnal when we set off on the walk. It was a perfect opportunity to try out my new kit purchased the previous day. I got some Berghaus walking trousers and a Hagloffs technical t-shirt. Both performed admirably on the day.

We parked in the small hamlet of Little Town near the bridge. The car park was already full but it does only hold a few cars. So we set off up the road towards High snab. It was a gradual climb up, first on a single track road then onto a track. The track split and in hindsight would have been better taking the higher track. We headed along to the dam and then a very very steep climb towards the summit of Robinson. 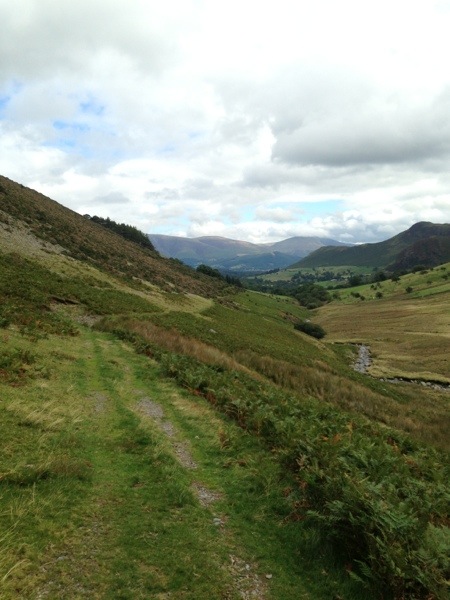 On the climb the drizzle started and felt cold. So a change of kit and ploughed onto the summit. Despite the weather, the views of the surrounding hills were amazing. Finally the first summit of the day was in sight.

With getting the steep climb out of the way, it was an undulating till the summit of Hindscarth. The wind had picked up and after touching the cairn carried on to the shelter. I don’t drink alot of instant coffee but there is nothing like instant coffee out of a flask and chocolate.

On the way we bumped into some friends. They had said they were doing Robinson but though had missed them. They were doing the same route as us but in reverse. We arrange a pub to meet in and said hopefully we would see each other later. 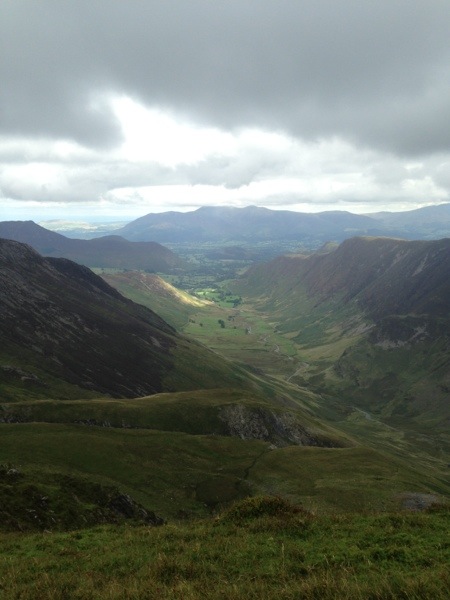 The climb to Dale Head was well marked and again undulating. The weather was raining on and off but still had a view. If I’ve slogged up a hill I want a view. It’s a very impressive cairn on the summit of Dale Head and good 360° views. It was interesting looking towards honister and could vaguely make out the Via Feratta.

It was a tricky descent down to Dale Head Tarn, then up to our fourth summit of High Spy. A slightly smaller but still impressive cairn. They look like beehives. 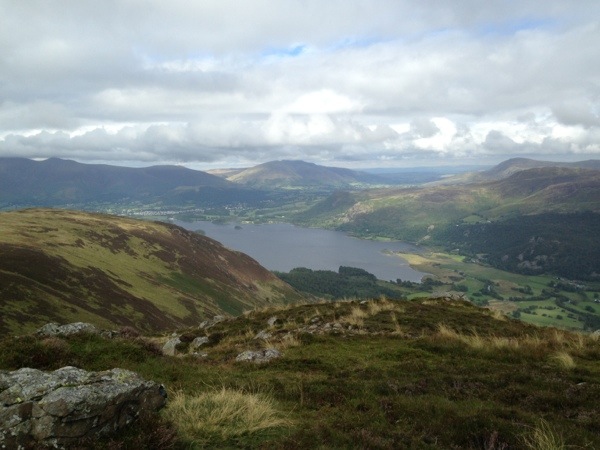 It felt a long way to the worlds smallest summit cairn of Maiden Moor.

Catbells was in the distance, the weather had cleared out. It had been a few years since I was last on there. A final push and Wainwright number 6 in the bag. The views breathtaking. 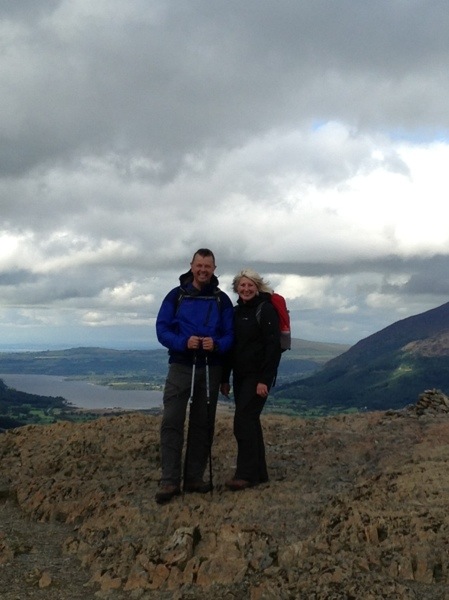 It was a very rocky descent back down. I was glad we had done the walk the way we did. The car was in sight and then the heavens opened!

Off to the Farmers in Portinscale for our walkers reward. A pint is mandatory for fluid replacement. As we entered the pub met Jim, Dave and Mick. A quick catch up and it was time for home.