I have wanted to do this walk for awhile and definitely needed a good day for it. So with fingers crossed arranged a twitteratti walk to do this. I like a linear walk and was excited about the prospect of ticking off 10 Wainwrights, though I have done Helvellyn before.

So the 5 of us, Dave, Bruce, Gary, Andy and myself arranged to meet in the top of Dunmail. Then in one car travel to the tiny hamlet of Wanthwaite on the St Johns in the Vale road to meet Daxa. It was a very cloudy start and Bruce said later in the day he thought I was being optimistic with the weather! Parking for 2 cars snuggly in a layby and we set off for the first summit of Clough Head! The cloud was down and I was gutted, I make no bones about being a fair weather walker . If I’ve slogged up a hill I want a view! We were on our way and Gary said “I’ve left my keys in your car” only to be followed by Andy who said the same!! Luckily Bruce has his as the thought of walking back was not a pleasant one!

There were 2 options for getting up Clough Head, a very steep route or a slightly longer zig zag. As it was going to be a long day decided on the zig zagged path. Since I’ve had my knee injury and having calf problems, it always takes about a mile for my legs to warm up. It was a fairly steep climb and my calf muscles were on fire 😦

Soon the summit was in sight, first one done!

Legs feeling a bit more normal it was onto the next summit of Great Dodd. The wind had picked up so was time to layer up. I had coveted Gary’s Pacer walking poles so he let me borrow them. I wanted to get some but not really used poles for a few years. These are much better than previous poles I’d used, no annoying wrist bands as the handle is moulded for your hand. They are very lightweight and the spike is cushioned so no irritating clicking on rocks etc. I will definitely be buying a pair and reluctantly gave them back to Gary on Stybarrow
With the blustery wind meant it was blowing away the cloud and the lakes opened up before our eyes!

With a couple of the summits the path takes you past them so had to double back to properly bag them!

So with Watson Dodd, Stybarrow Dodd and Whiteside in the bag. It was onto Raise and our lunch stop and more importantly brownie stop!

Refuelled it was on to the highest Wainwright of the day, Helvellyn via Whiteside on the way. I love the summit of Helvellyn as there are lots of ways up it and think have done most of them! We were all amazed at how quiet the hills were not that we were complaining as it’s sheer decadence to have them to yourself. 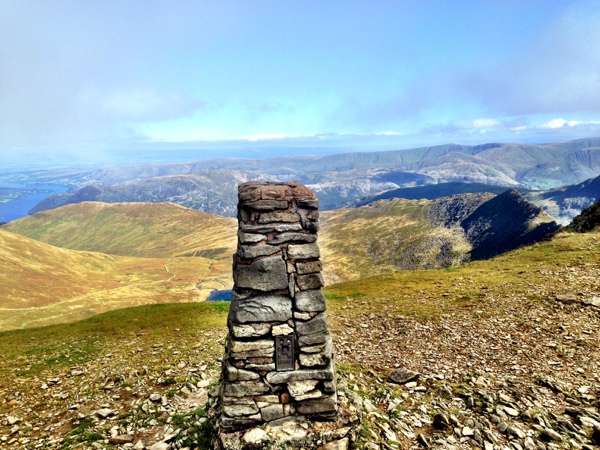 In homage to my missing glam walking partner, Tanya, I applied lip gloss on the trig point! A girl has standards you know! 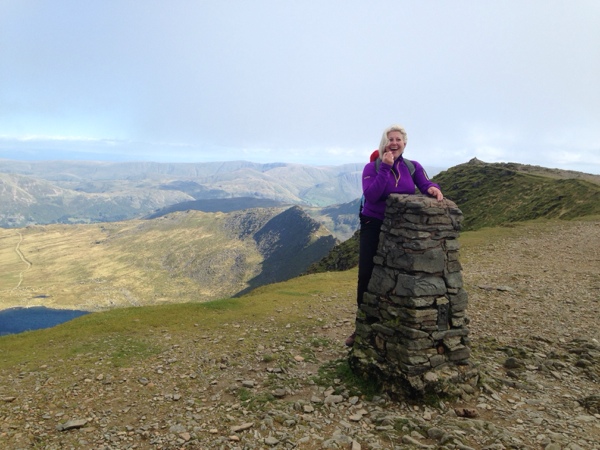 We were waiting for Daxa and Dave and Andy with a glint in his eye said who’s up for a play on Striding edge? So Andy and I set off. I love striding edge it’s one of the most iconic Lakeland ridges. 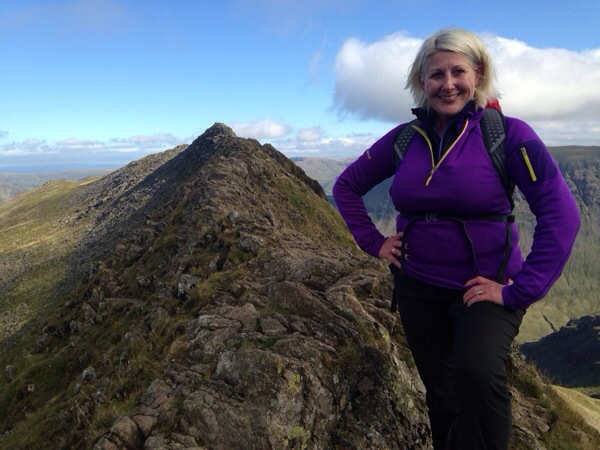 Andy and I joined the group and it was off to Nethermost pike.

Then onto Dolly waggon. 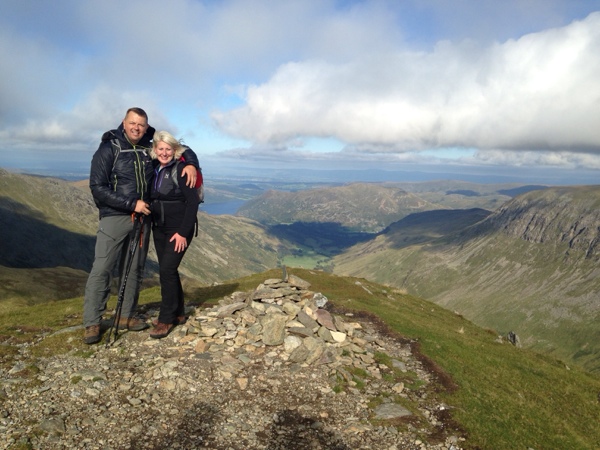 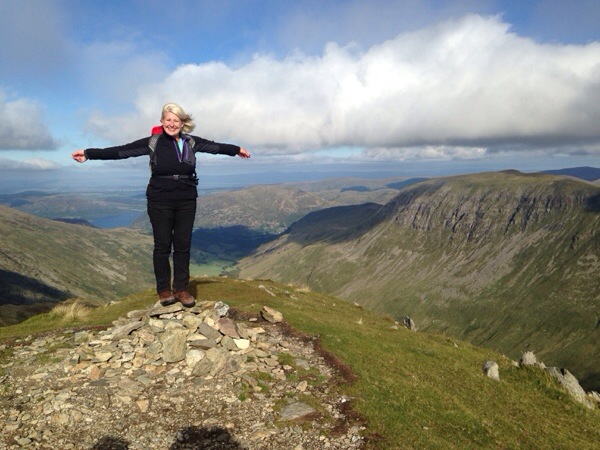 Legs feeling tired but pushed on to the final summit of the day Seat Sandal. Just Dave and I on this one as the others headed back down towards the car. It felt hard and halfway up we abandoned our rucksacks to make it easier. The stunning views making it worthwhile! The summit in sight and number 10 in the bag!

A quick descent and thankful that our rucksacks still there. It was a stunning view down to Grisedale Tarn. 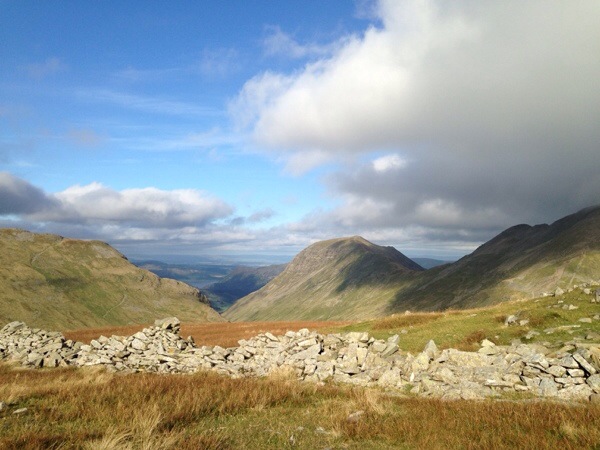 The path back was a nice descent down past the waterfall. I could see the road below though it seemed to take ages to get to the car! 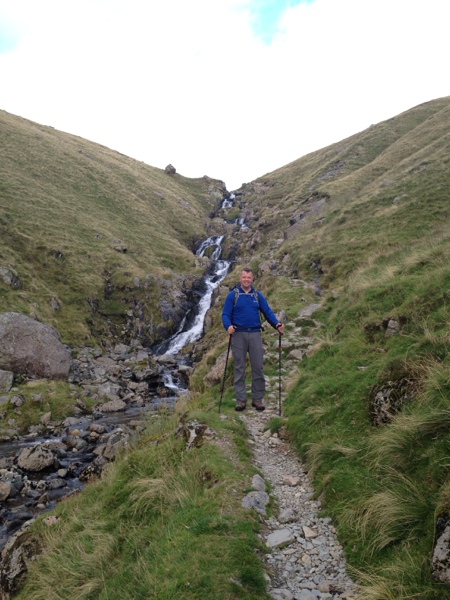 As we approached the car, we saw Bruce and the others on the first trip to get the cars. Conveniently was a stone seat where we took a well earnt rest whilst we waited for our lift. Walkers reward of a pint of Jennings finest with the others at the Kingshead Thirlspot.