Can I start a new list before completing my 40 at 40?? I still have my helicopter ride over the lakes to do and just waiting for a clear day and my friend to have a window in his diary to take me.
So as I’d been completing my 40 things, there were lots more things I wanted to do.

So another list has been formed. The new thing is, if people suggests something that have to do it with me!! So far I think there are 47 and counting…

So the first thing off my new list is dining at Tom Kerridge’s pub The Hand and Flowers.

Having seen him on Great British menu and then recently on the TV with his new book, he is so inspiring and makes me dribble whilst watching his cooking. I googled where his pub was and saw that it was in Marlow which is just off the M40. We were in the south and thought we would see if could get a table to have lunch on our way back home.

After 5 times of ringing finally got a table booked. As we arrived at the pub, Tom was sitting doing some filming. He looks so much smaller in real life. We were shown to our table. Luckily I wasn’t driving so I had a half of their house beer and wine 🙂

The staff are so friendly and despite its 2 Michelin star, the service is relaxed, un stuffy yet professional. Then menus mmm my mouth watering as I read it, so difficult to make a decision.

Decision made for me Salt cod scotch egg and chorizo with a pepper sauce, followed by his Great British menu winning Duck, with thrice cooked chips and Savoy cabbage with duck confit. Dave chose truffle encased in fois gras then baked in puff pastry with a port sauce followed by Chateau Briand of beef with chips and chilli.

As an amuse, whitebait with homemade Marie Rose sauce arrived with the most delicious homemade sourdough bread and butter to die for. 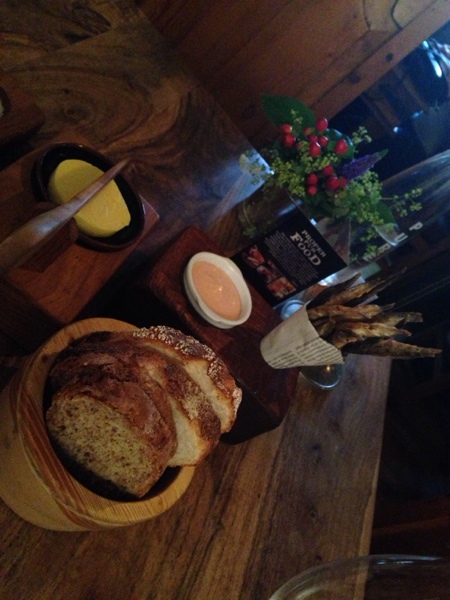 Then the starters arrived…. 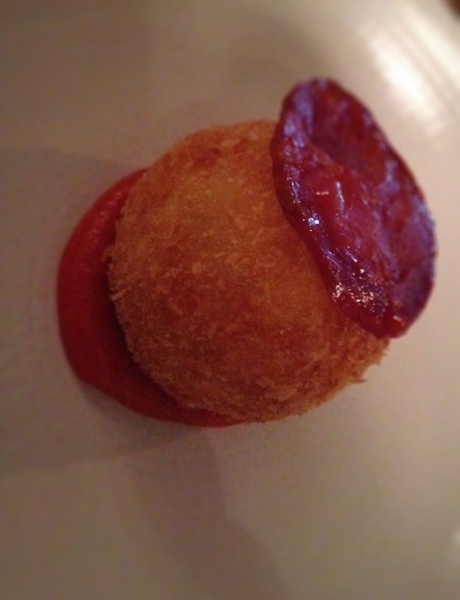 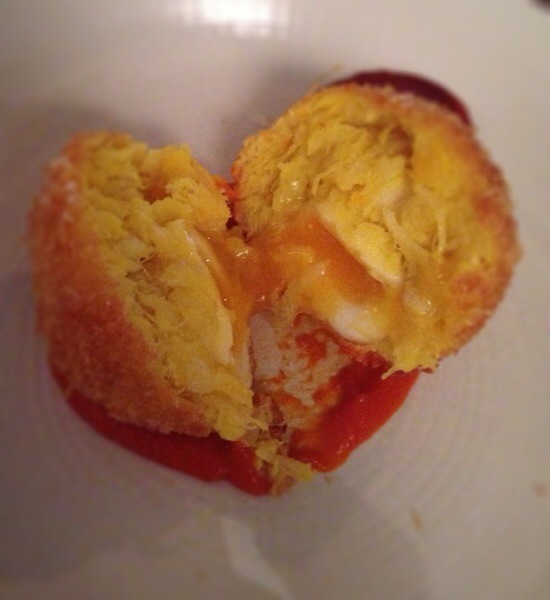 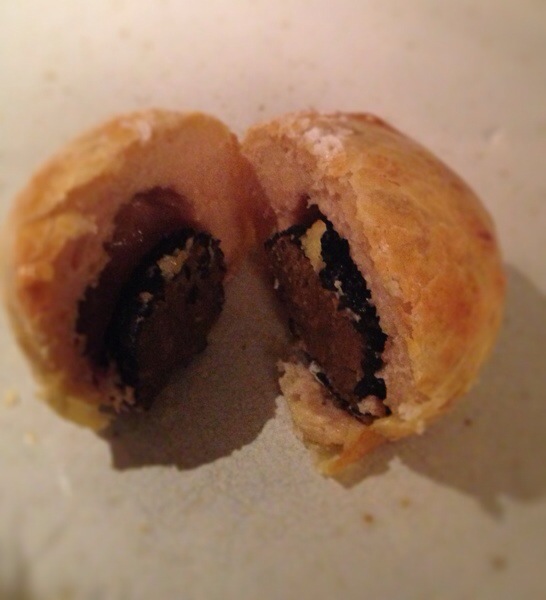 Oh my, every mouthful sheer food orgasm in my mouth. The port sauce on Dave’s starter was just the most gorgeous unctuous sauce that I had to resist picking his plate up to lick it. Starters consumed and then onto the main courses. Both meat were served pink just how I like it. 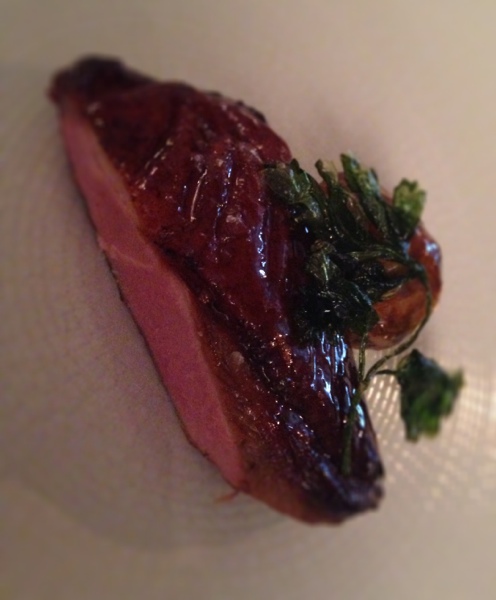 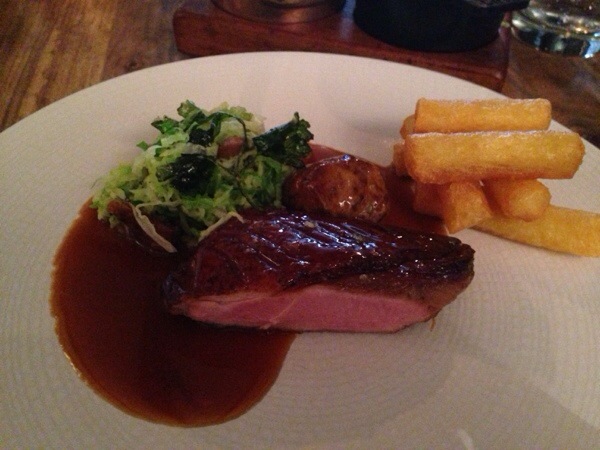 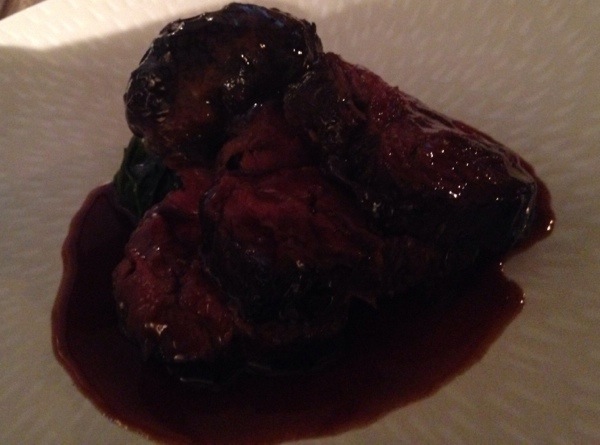 Oh my, every mouthful sheer delight and rubbing my food belly as it expands in a happy way. So full but can always manage pudding though was not sure where I could put it!!
So vanilla creme brûlée and chocolate ale cake ordered followed by espresso. 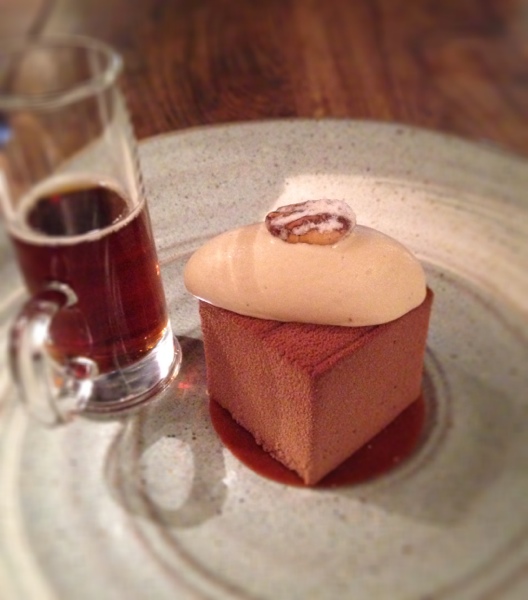 With the pudding, a small beer to compliment each pudding was served. I love the marriage of food and beer.

As we were about to leave asked if we could meet Tom, he was unfortunately in a meeting. But we could meet Aaron the head chef and his team. The kitchen was immaculate and all the staff were so friendly. Tom’s wife Beth came in and was so lovely and apologised profusely about the building work. 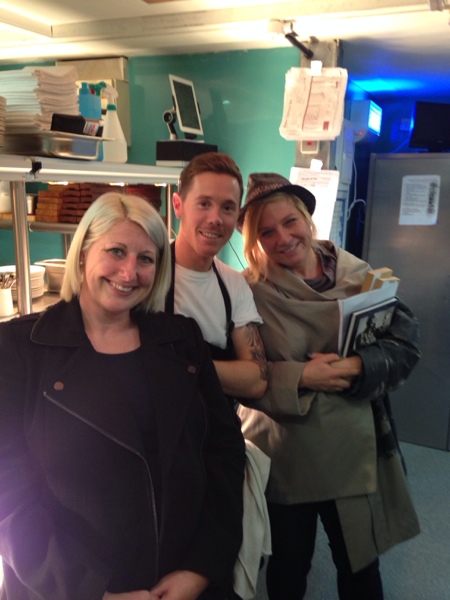 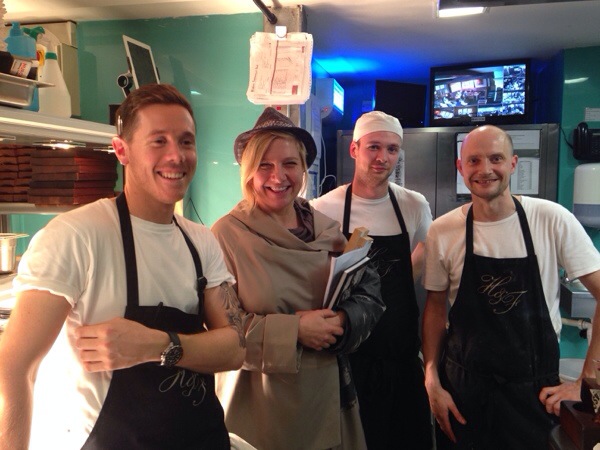 A fantastic meal, full bellies and it was on our way back up north home. 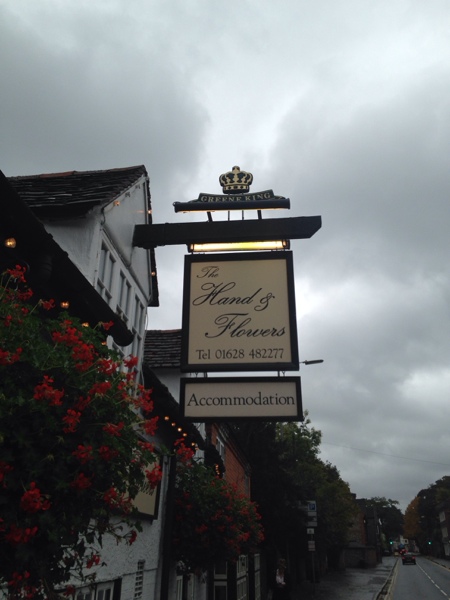 So my new list so far, if anyone can help out with any then please get in touch 🙂