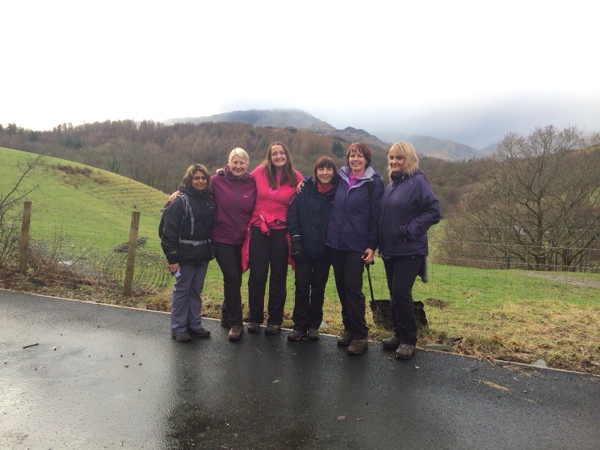 I just love social media especially Twitter. All thanks to Twitter I have made some lovely new friends. Twitter is a bit like speed dating, you are drawn to people with similar interests and then before you know it you are conversing with them on a daily basis. That’s how our Twitter ladies meet came up.

I first met Tanya back in May 2012, she had moved up from the South to be a Fix the fells co-ordinator. After several conversations, we arranged to meet for dinner and the rest is history. Sometimes you meet someone and know you are going to be friends forever. 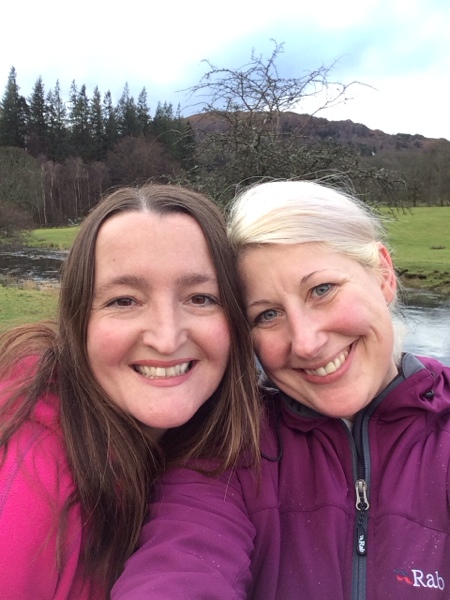 Then Daxa came up to join us on a couple of Twitter walks. Jenny was doing the Hadrian ’s Wall walk and met her at the end to celebrate. Then finally Jan, when she came up on holiday. With everyone I have met, it has felt as if I had known them forever. So we decided that we should do a night in the Lakes in the New Year. My friend Karen joined us and we are still to get her on twitter!

As I deal with most of the Lake District, I asked one of my favourite customers if they could sort a deal. So a night at The Langdale Hotel was booked. However the weather was a different matter, it was raining for a change. But this didn’t dampen our spirits!! So we met at the hotel and decided to do a circular walk round Elterwater. It had been a long time since I had last done this and had forgotten how pretty it was. Apparently I walk fast!We were going to have a rest stop at Chesters but it was busy, so decided to carry on to another favourite The Britannia Inn in Elterwater. 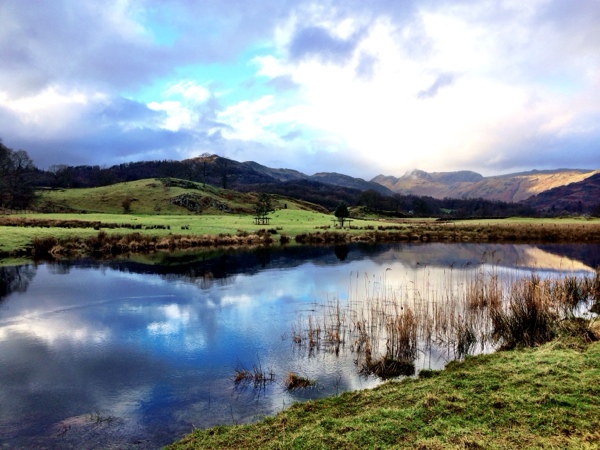 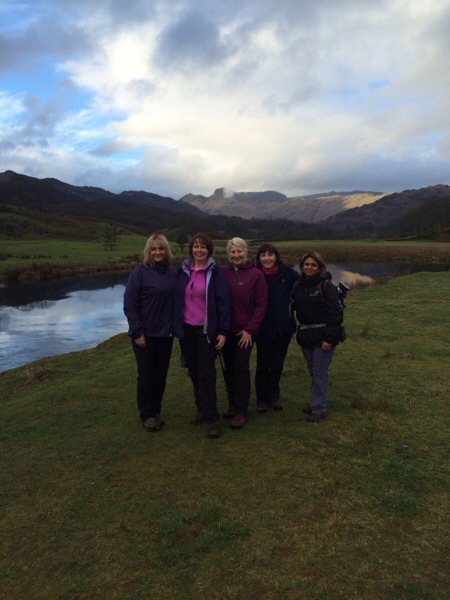 When we got to the pub, we had timed it right as a table had just vacated next to the bar. Beer, wine and cheesey chips were the order of the day. We did laugh as Jan’s battery had died and she was looking envious at us using our phones hehe. This is why I always carry my trusted Technet battery pack!! But she did have wine!

A short walk back to the hotel, quick change and to the bar as was gin o’clock.

Then another quick change into our posh frocks for dinner. Photo shoot and Prosecco before heading to the restaurant for dinner. 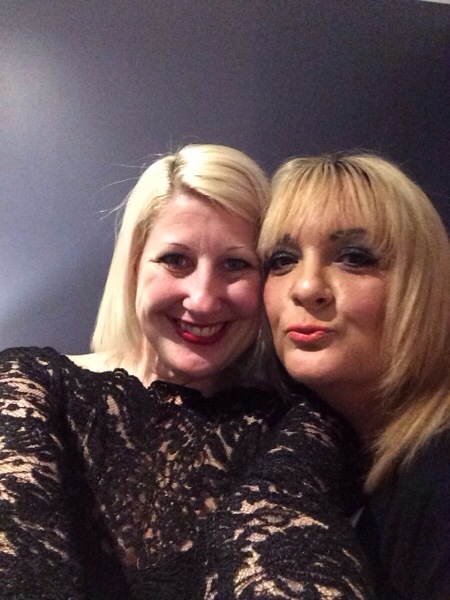 We had all decided to go for the “taster” menu and the accompanying wine for each course. The food was amazing and so beautifully cooked. Lots of giggles and we did worry that we were being too loud!! It’s fair to say we were all a little tipsy but agreed what a lovely time we had and must do it again. 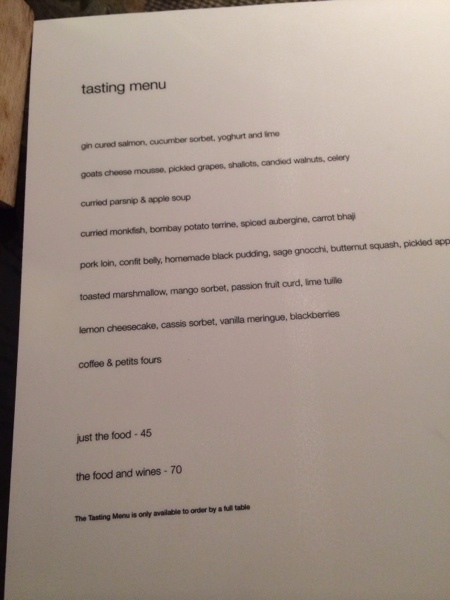 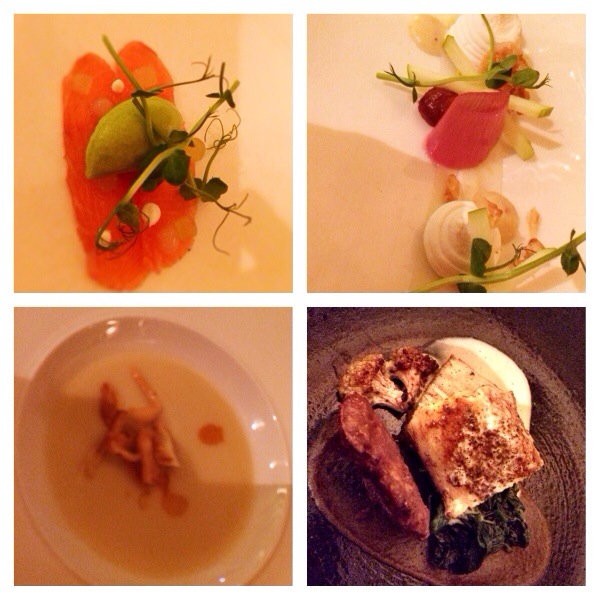 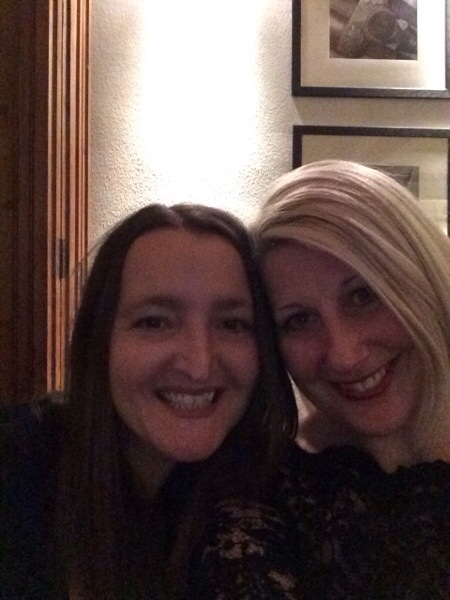 Another bottle of Prosecco and it was time for bed.
Unfortunately I was at work on Monday, so after my full English it was time to say my goodbyes and switch the responsible adult button back on.
Thank you ladies for a fabulous time and will definitely sort out another date. X