A bank holiday meet up in the hills and a chance for some of my fellow tweeters to meet Jen. As I had only run the Brathay marathon the previous weekend, I decided we would do Fellbarrow and Low Fell. A relatively easy walk and then to the Kirkstile inn for lunch and walkers reward.

We met in the tiny hamlet of Thackthwaite and luckily there was parking for all of us. Stephen, Tracey and their daughters Niamh and Erin, Adam, Gary, Ray, Holly aka the beast, Stu and his wife Paula and their collies Sam and Teah came along to join us. It was nice to finally meet Paula after hearing so much about her. Introductions done and off we went.

The path up was well marked and was a gentle ascent. I was quite surprised how well my body was after the marathon. Holly was being the perfect distraction to get the girls up the hill.

It was so nice being back in the hills and not worrying about how it interfered with my marathon training. The weather was also kind after the rain we encountered on the journey over. As we walked up, I was excited looking at the western fells still to explore.

It was a deceptively harder climb up than we all anticipated. We decided to do Fellbarrow first. My 146th wainwright. 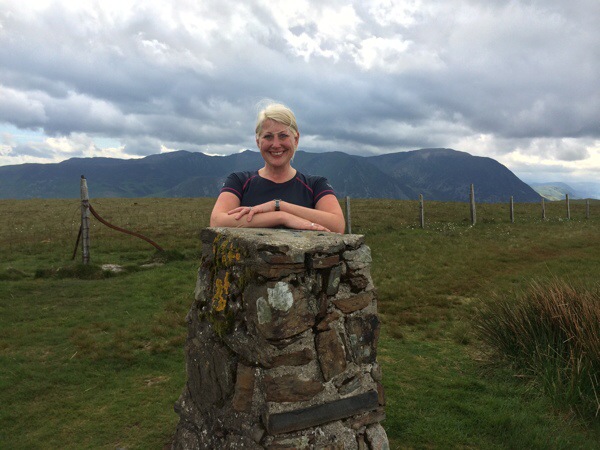 From here we headed to Low Fell. En route, Gary said “Gina if we go over here we get some Birketts!!” The man is obsessed! So Gary, Erin and I headed over to bag them. Tracy was shocked that reluctant walker Erin wanted to walk more. But she was off like a shot. 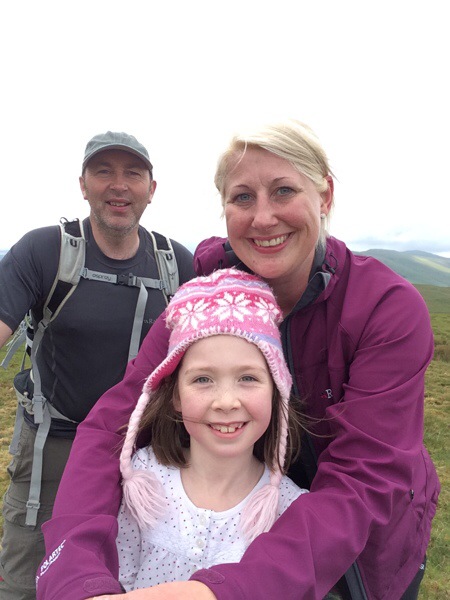 So with Smithy and Sourfoot fell done, the path led down to join the rest of the group. As we walked, amazing views of Crummock water opened up before us. 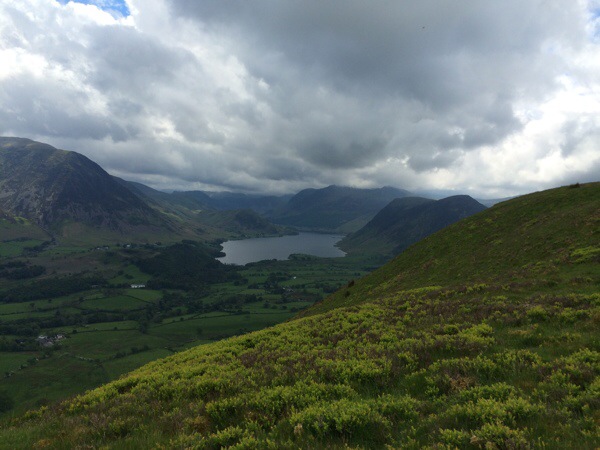 A final push on and the summit of Low Fell was before us. As with other small hills, size doesn’t matter when you have stunning views. Low fell wainwright 147 for me. Obligatory photos and we were off. 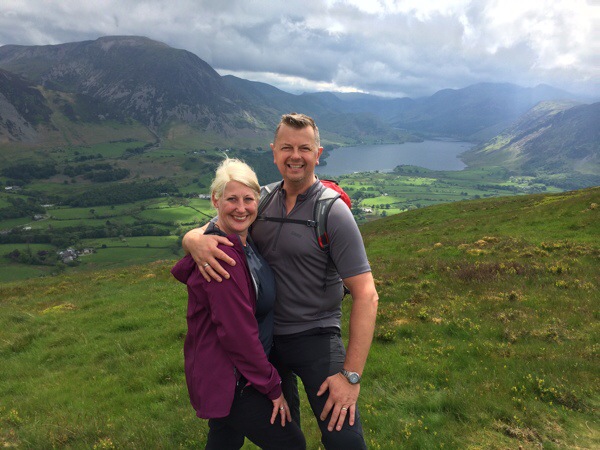 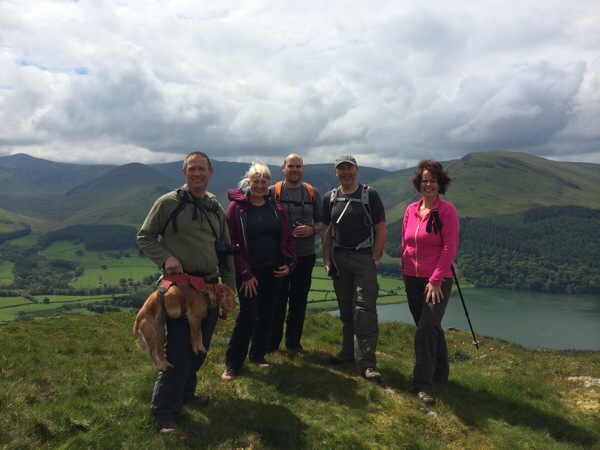 So lucky with the weather. Back to the car and a short drive to the Kirkstile inn for lunch and walkers reward. 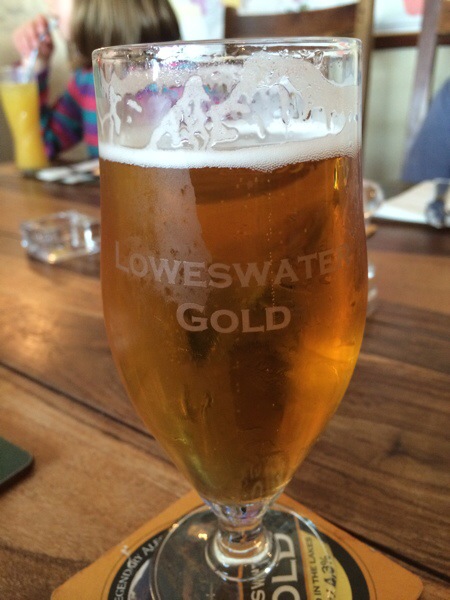 Good food and craic. The legendary pie living up to expectations. Roger who owns the pub came through to say hello. I swapped my famous chocolate brownies for beer. I think I get a better deal! Gary was bereft when I said there was no brownies for the walk.
When driving to the pub, saw signs for Ennerdale. I’ve never visited here so suggested we did. A short drive down and was glad that we had made the effort. Ennerdale is stunning, so peaceful, though maybe not with all of us laughing and chattering. 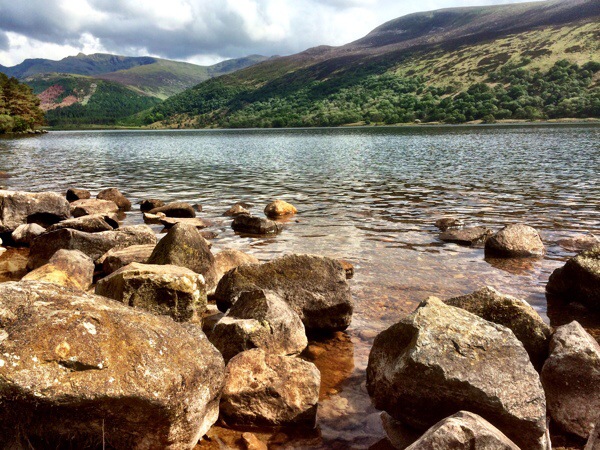 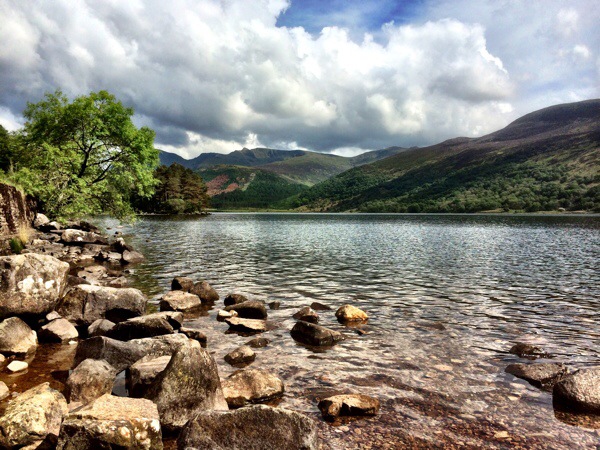