Let the obsession continue……When we were out with Paul and Sian on the 10 in 10, he mentioned that our mutual friends Paul and Karen were coming to the lakes to walk and go to the famous Staveley Beer hall summer beer festival. So we gate crashed and had the day off work and joined them. I did make the request to do the Kentmere horseshoe as the Far Eastern fells were next on the list. The weather was not looking favourable at the start of the week but by Thursday was only a slight chance of a shower so decided to go for it.

We arranged to meet at the weir on the outskirts of Staveley so as to take less cars up as parking is very limited at the church in Kentmere. When we arrived we found that there was a wedding on and there was no parking!! Quick change of Plan and Plan B was activated, over to Hartsop and do Brock Crags, Angletarn Pikes and Beda fell. The parking is limited there so hoped we would be ok. Luckily there was only one other car. Walking boots on and off we set. The weather was humid but could see that the black clouds were coming. 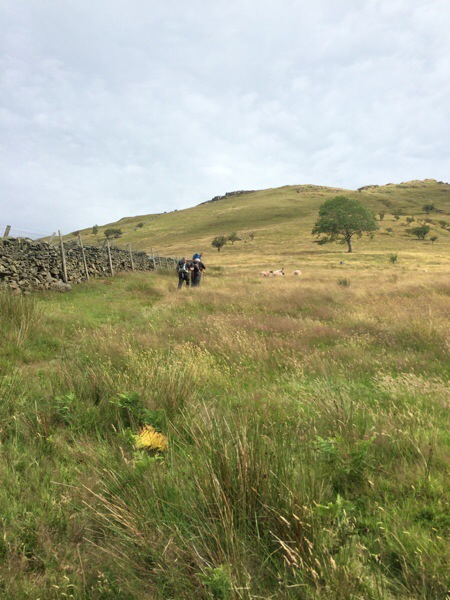 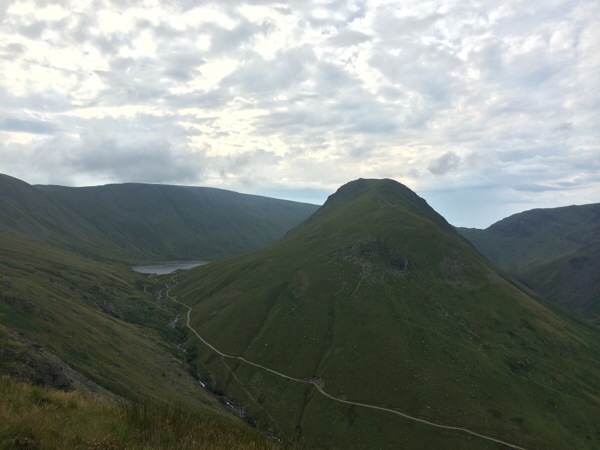 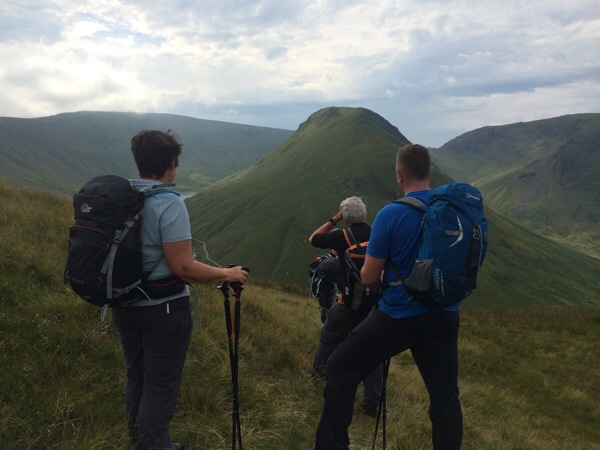 A short walk out of the car park and then a calf burning accent towards Brock Crags. Lots of camera and view stops!! The top of Brock Crags and perfect opportunity to show Paul my “chav stick”. Lovely views down to Ullswater. 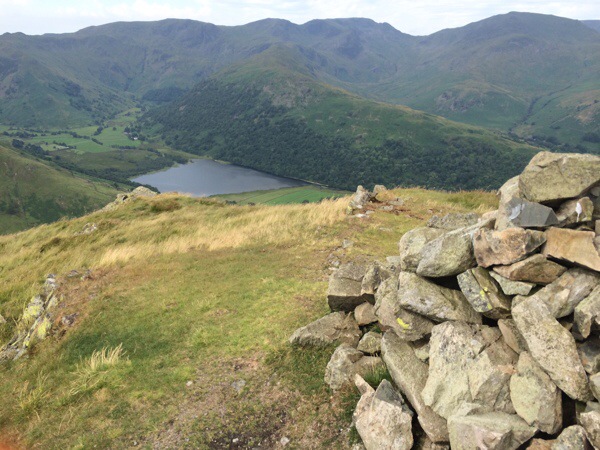 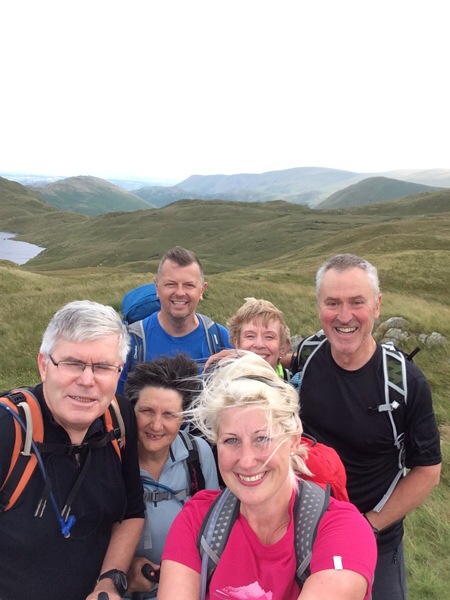 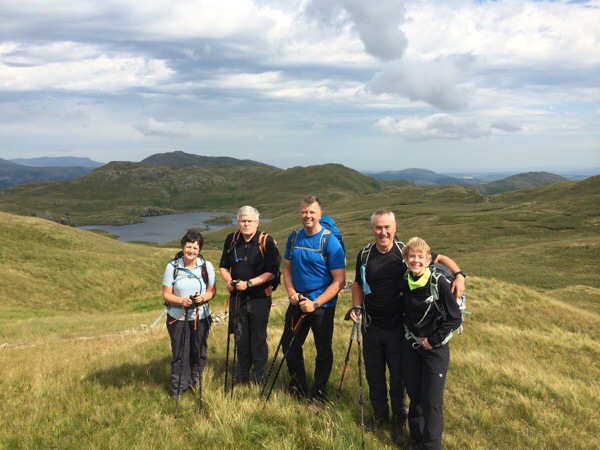 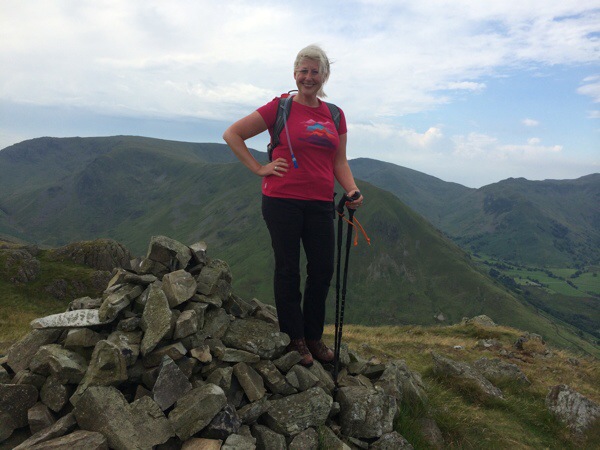 From here was only a short walk to Angle Tarn Pikes. The weather was closing in and soon it was jackets on and pray it was just a shower. Which thankfully it was. 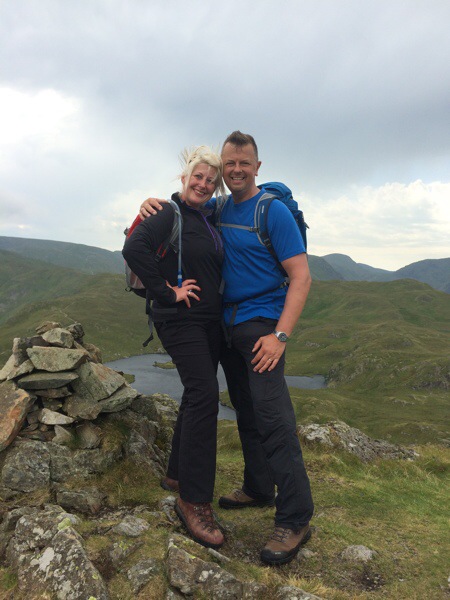 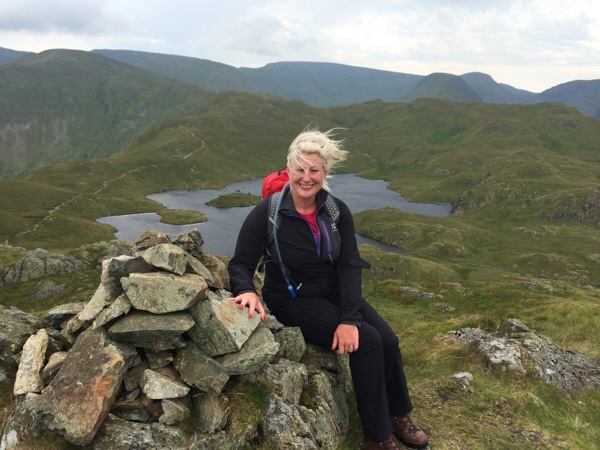 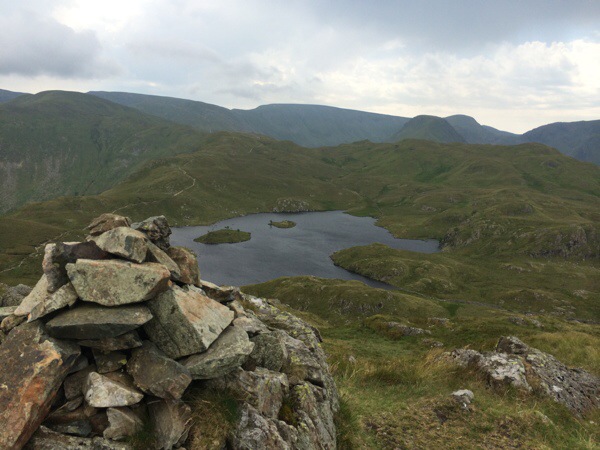 On Angletarn Pikes, I hadn’t brought any brownies!! The group were not happy he he, luckily Sian had made a Victoria Sponge so were heading back to theirs for cake reward after the walk.

Onto Beda Fell, a bit of trudge and very boggy in places. 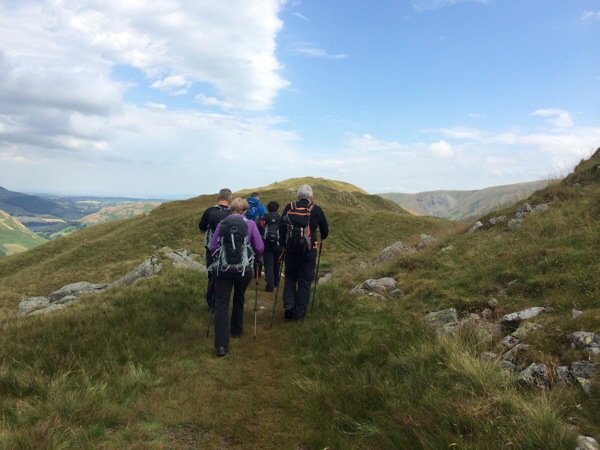 After bagging the summit, found a sheltered place as the wind had got up to have our lunch. 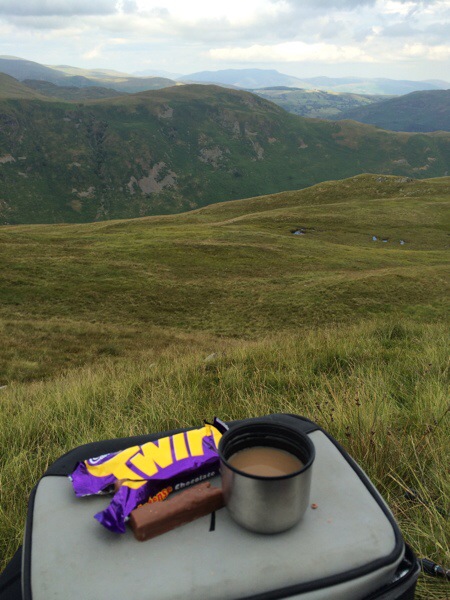 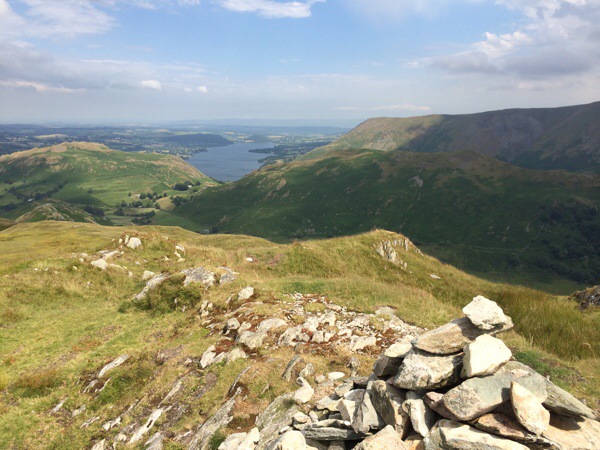 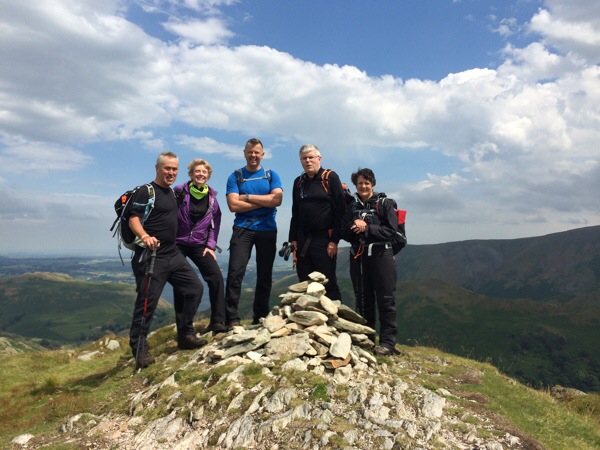 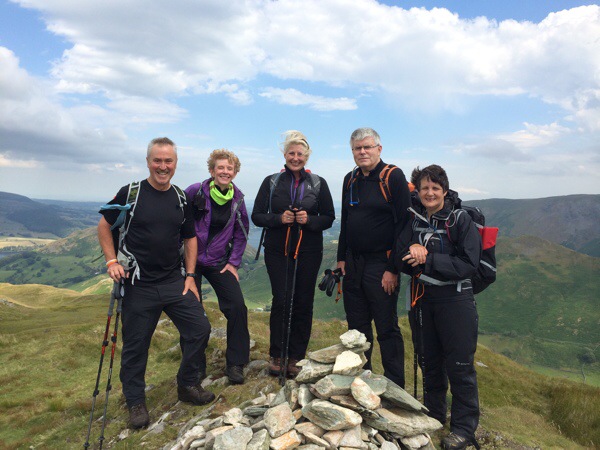 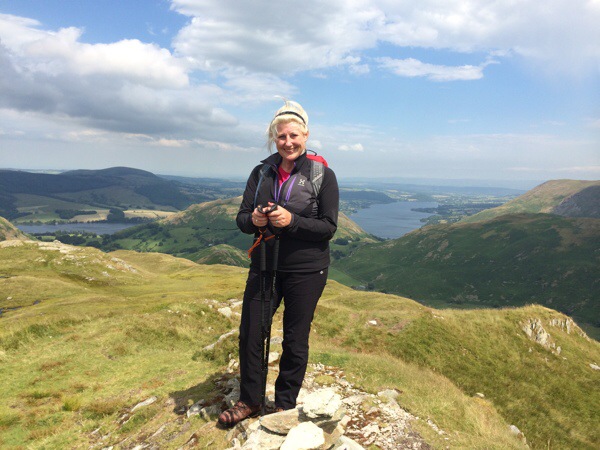 With Beda Fell it was a case of retracing our steps back towards Angle Tarn. We did contemplate doing Place Fell, but the weather was coming in and the thought of tea and cake at the Byrne residence was more of a priority. 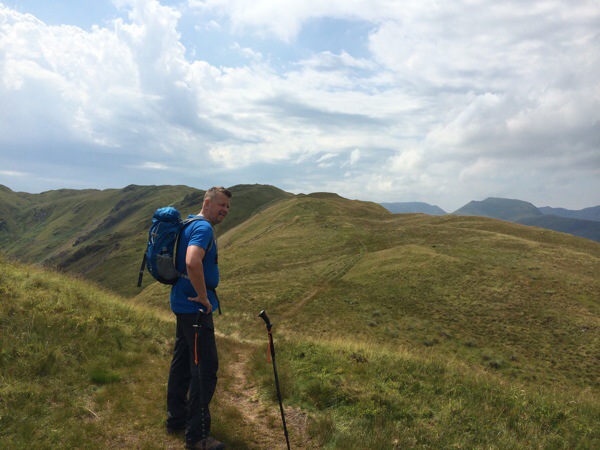 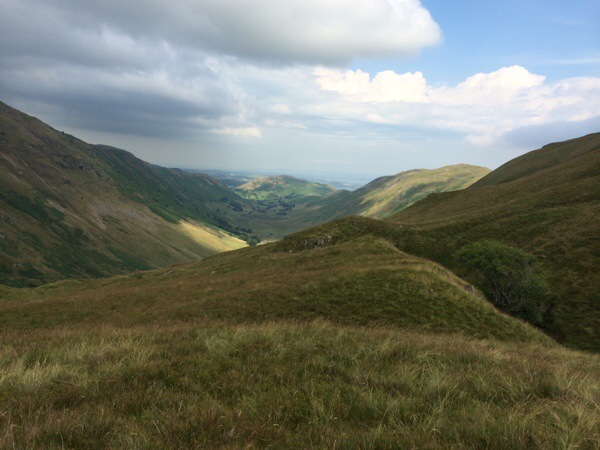 It was a steep descent but not knee burning and the views were fantastic. A small walk along the back to the car park. 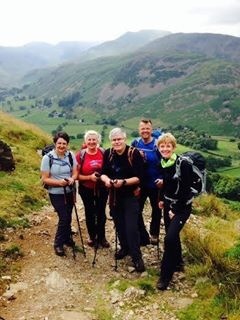 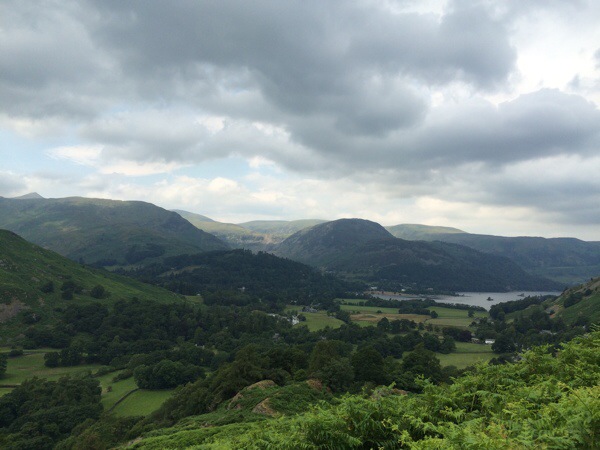 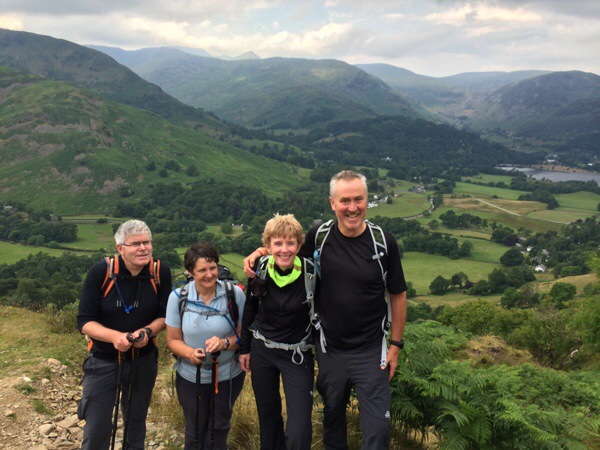 No walkers reward but cake and tea. You can’t beat the classic Victoria sponge with jam and buttercream. Walkers reward came later when we met again at the beer festival. 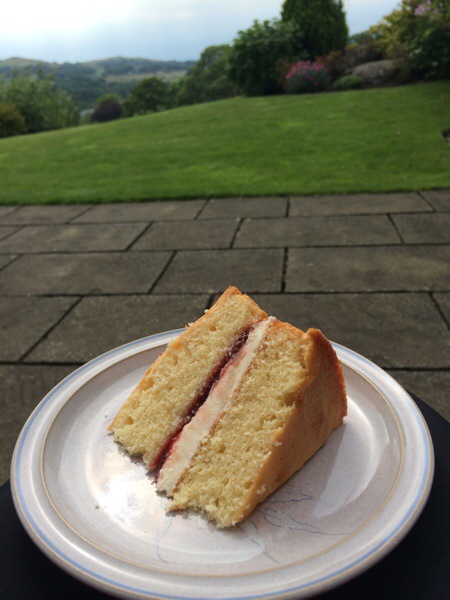