So last year I broke my festinity, Kendal calling was my first festival and was no 24 off my 40 at 40 list. I enjoyed it so much that I bought tickets as soon as they came out. The line up was looking good and couldn’t wait.

Looking at the long range weather forecast, it was not looking good. Such a pity after the amazing weather we had been experiencing.

We were unable to have the day off due to others already being off so had to wait patiently till 4pm to escape. Luckily our tent was already pitched. Joining the others in the very muddy fields. It was a bit like getting to a nightclub when you’re sober and everyone else is pissed! Suede the headline act were a little disappointing so went to see Jimi Goodwin who was brilliant. Then to the dance tent where we bumped into an old friend of Daves who was over from Russia! A good dance and was time to go back to the tent.

A night of non sleep due to Dave snoring, rain and noisy surroundings meant I was not loving camping. I was knackered. The weather was awful and I felt miserable. Not even a bacon butty made me feel better. I retreated back to the tent to try and have a sleep.

But I just lay there getting upset and thinking I couldn’t do a day trudging round getting wet. So when Dave appeared I just blurted out I want to go home and come back tomorrow. But Dave said come on Man up. So a baby wipe shower, mascara and lipgloss on and I was ready to face the festival.

Whilst enjoying a beer, the sun came out! Sun makes the world a much better place. That coupled with free Wifi at New balance I was much happier ;).
But then the rain came again! At least my new waterproof deluge trousers were getting a test! 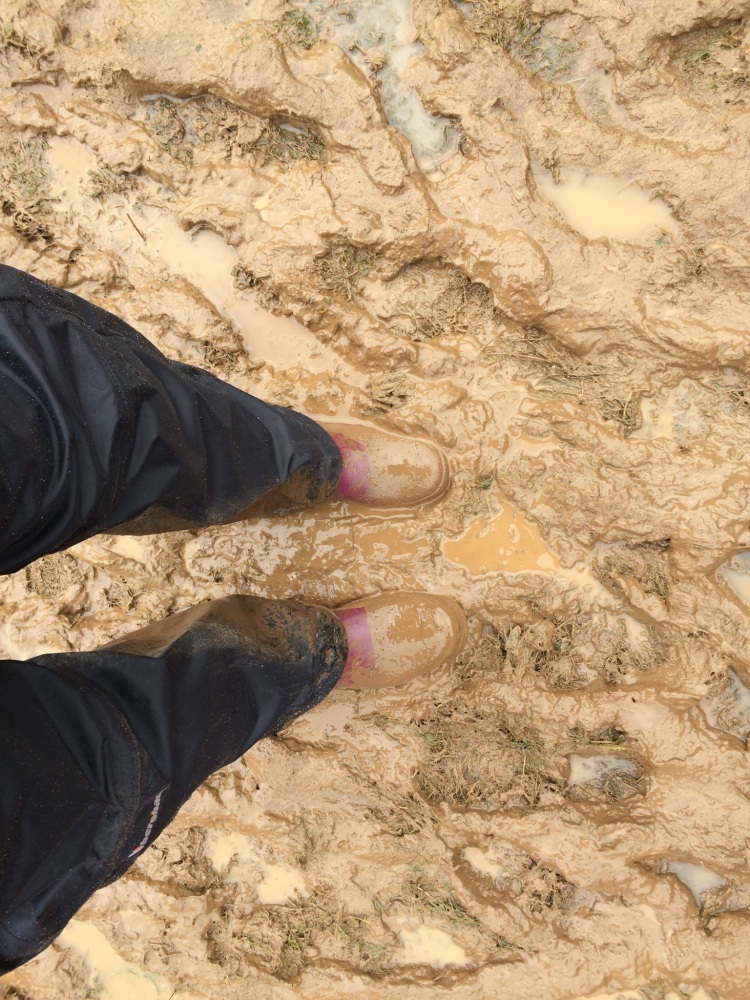 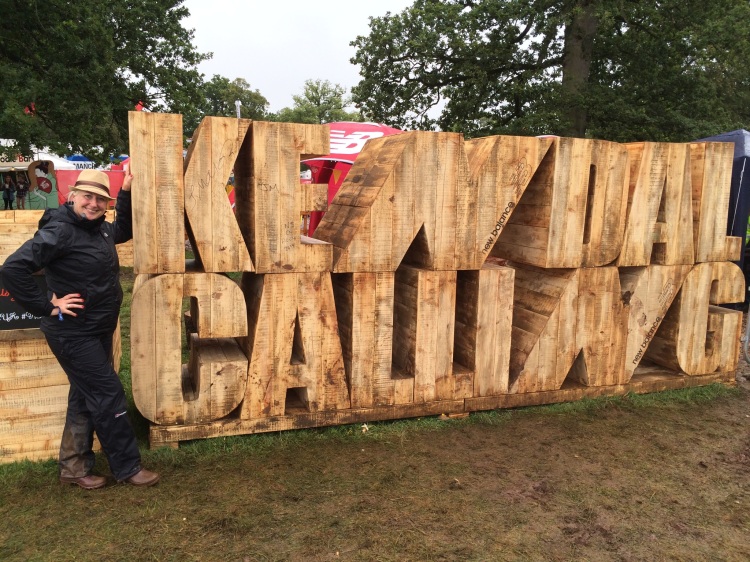 The Happy Mondays were the highlight for me. So many songs to sing along to. It reminded me of first moving to Kendal, listening to the radio in our dingy flat. Dancing round the kitchen. The rain was relentless. I got wet and then got so cold. Getting into my warm sleeping bag was heaven and fell asleep instantly.

Sunday final day, still raining! The loos round the site were awful. I was glad I spent £20 on a posh loo pass! 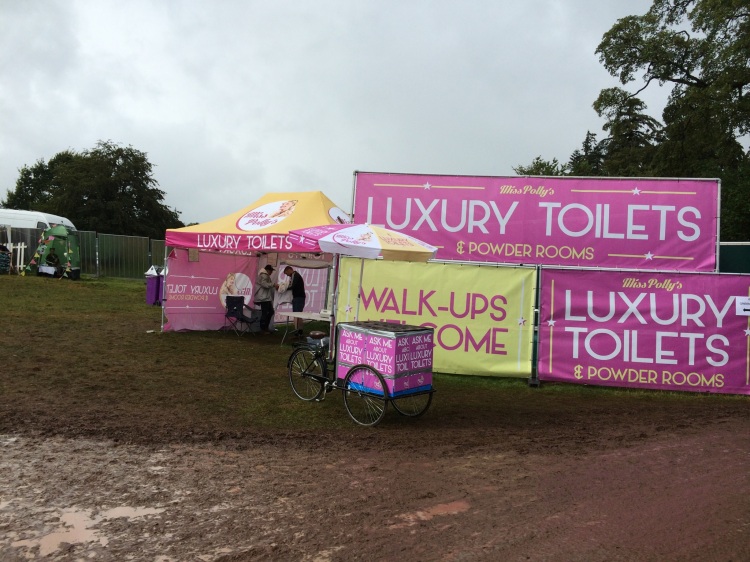 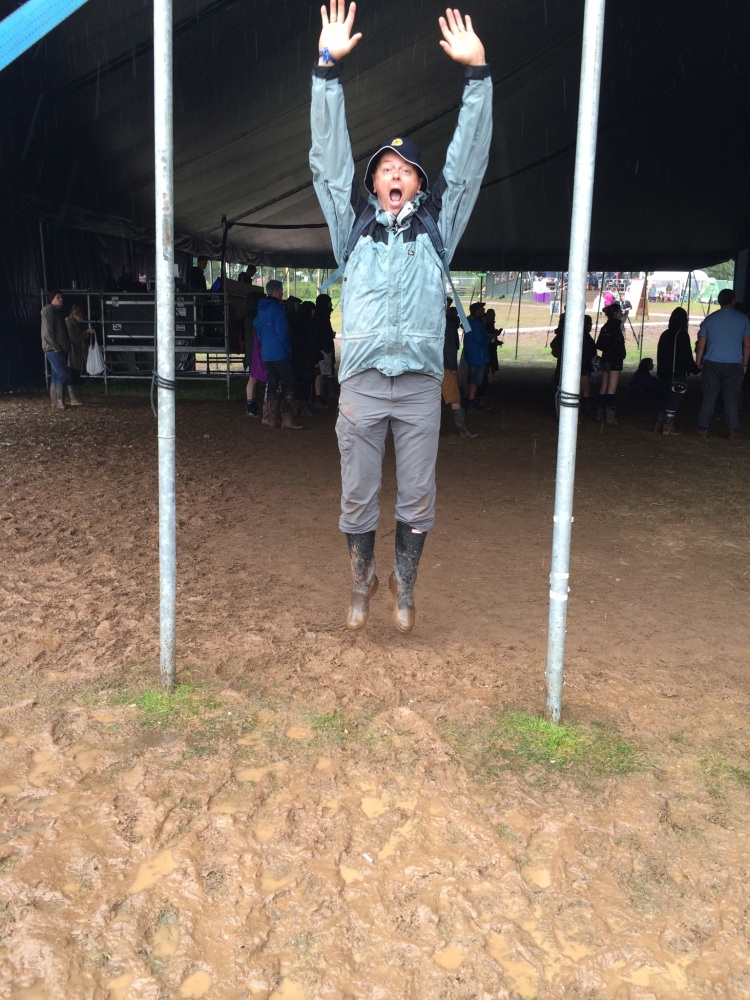 Example was amazing but some of his songs do sound the same. So we left early to get back home to a hot shower and my own bed!
A great weekend and despite my wobbles, I really enjoyed it. So see you in the fields next year for Kendal Callings 10th anniversary 🙂 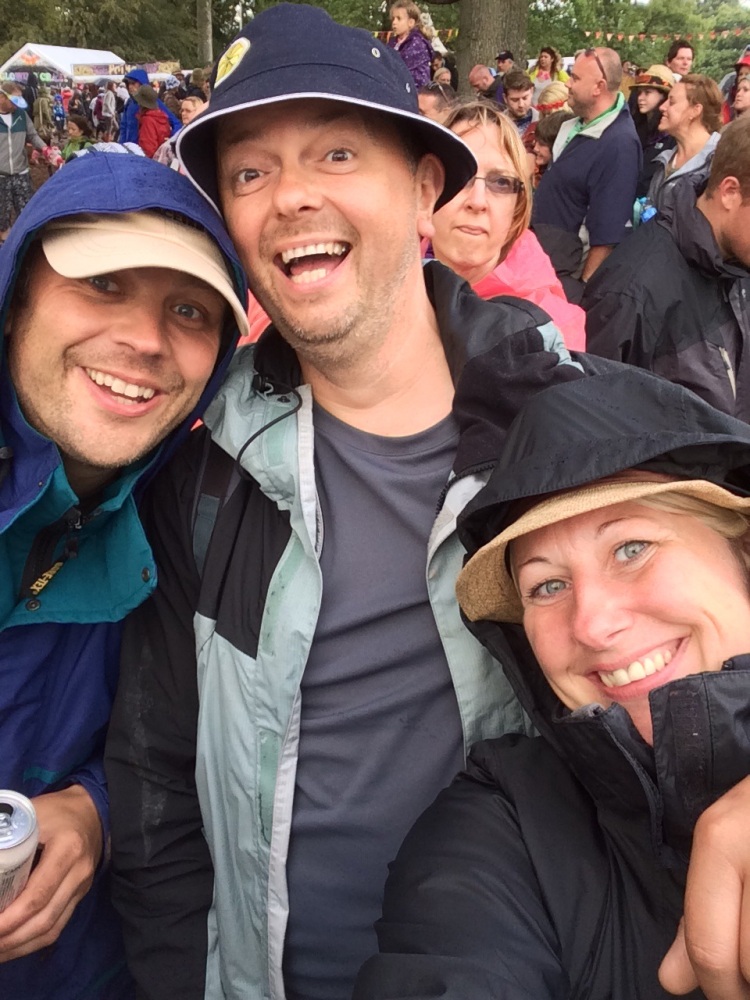 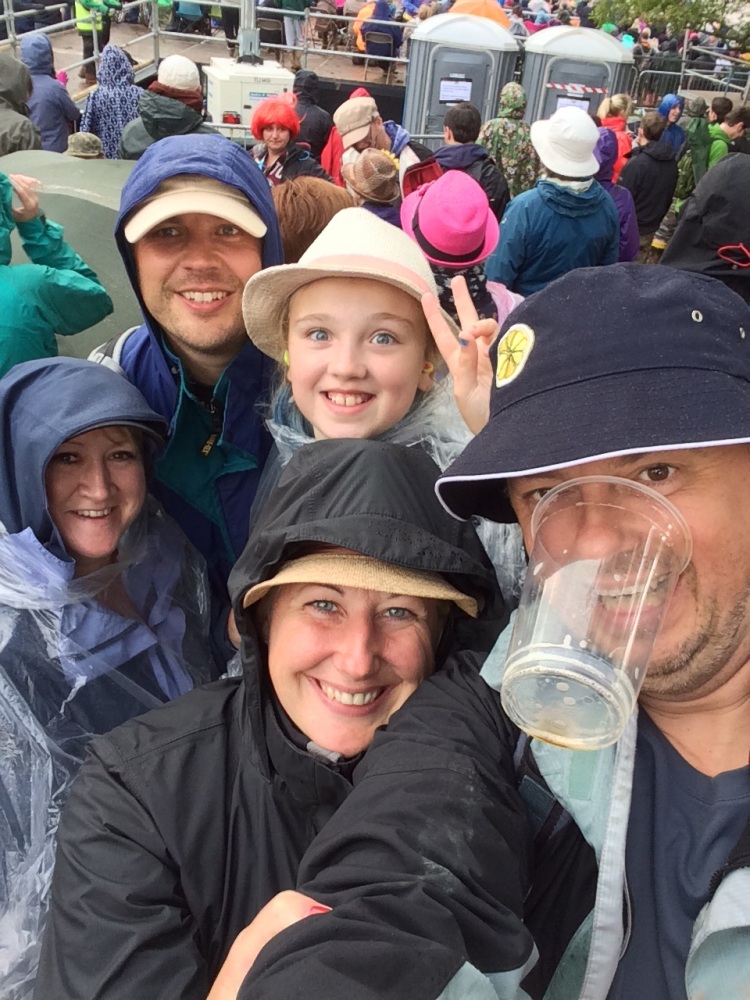 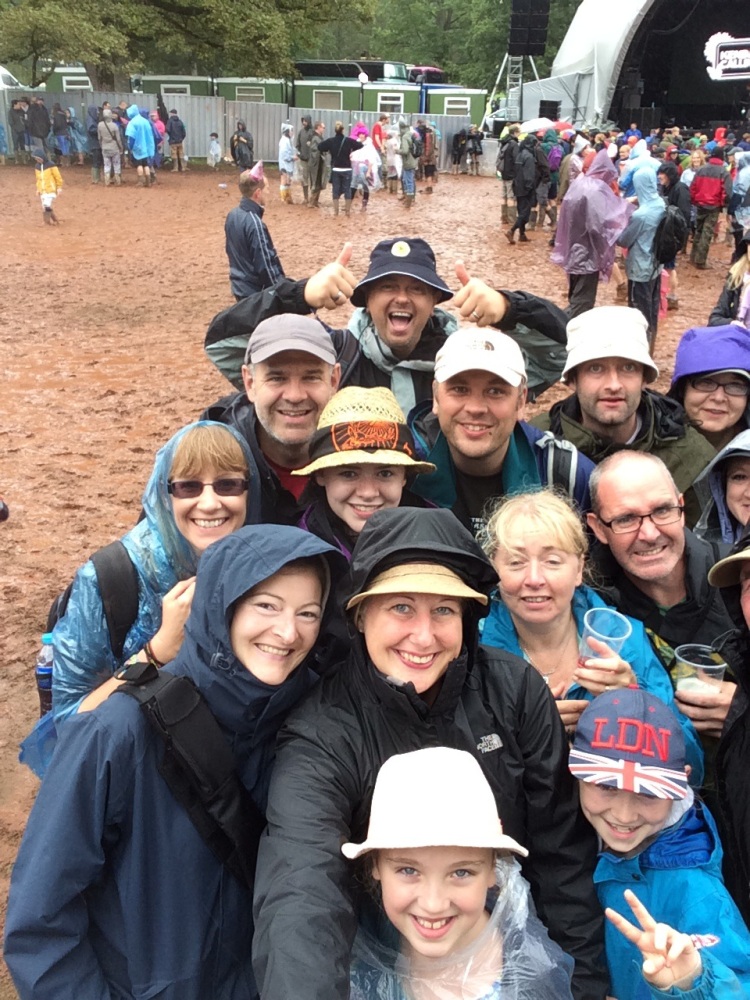