It seems to be a recurrent theme, doing walks to take in summits missed on previous walks. This was the case today. When we first decided to complete out first round of Wainwrights, we didn’t set off in a very scientific manner. Accidentally missing summits because we were just out for a walk.

The walk was to be done from the 3 shire stone on Wrynose pass, but plan B had to be put into action as not surprisingly there was no parking. So we carried on to the bottom of the pass and parked at the small hamlet of Cockley Beck. 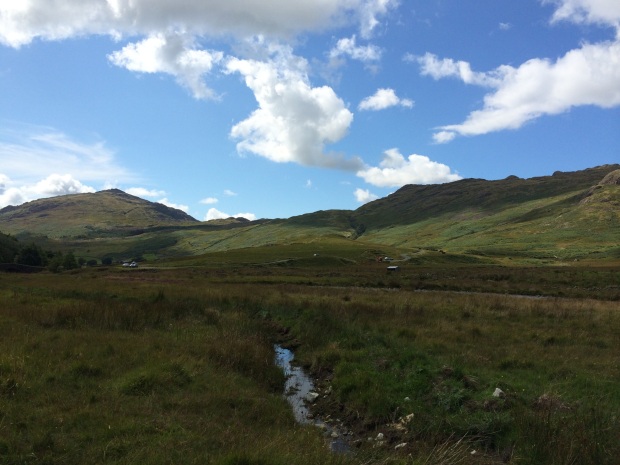 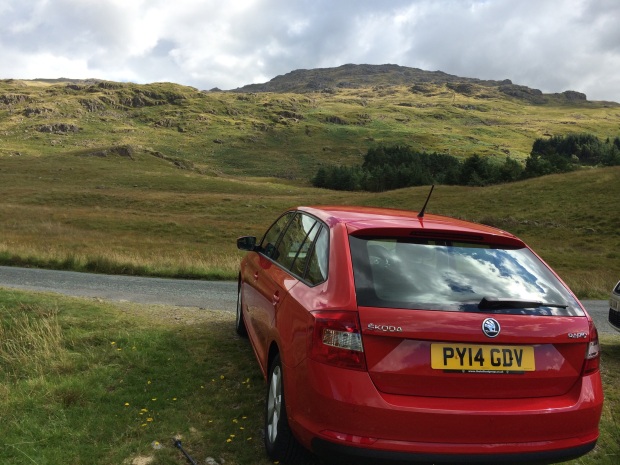 It was a steep ascent and because it was not a popular route, finding the path to start was a challenge! The weather was fantastic and was pleased the forecasters had got it wrong!
Plenty of view stops, and what a view over to the Scafell range of mountains.

Whilst having the view stop was mentally ticking off mountains climbed and still to do.
The path was hard to follow as was through quite long grass. But knew the direction we needed to be in and picked our way across to the first summit of Greyfriar. After not seeing a soul on the climb, there was a family of 10 people hogging the summit. How dare they! Hehe. Quick photo stop and was off down to Great Carrs.

Whilst walking across, we kicked ourselves at how close we were to these summits when we climbed The Old Man a couple of years ago. But saying that, this was a nice walk in itself.

Just before the summit of Great Carrs is the site of a wartime aircrash and bears the sad remains of a Royal Canadian Air Force Handley Page Halifax bomber. The undercarriage, together with a wooden cross and memorial cairn is on the top of the ridge with the rest of the wreckage spread down Broad Slack. During a night time navigation exercise in 1944, the RCAF Halifax from RAF Topcliffe became lost in thick cloud while over the north west on England. In an attempt to wait out the blanket of grey, they circled in hope the cloud would clear, ultimately becoming hopelessly lost. To try and get a visual fix for the navigator, the pilot dropped the bomber out of the cloud base, with no knowledge of what was below him. Unfortuntely, for both him, the crew and the aircraft, they were greeted by the great rising fells of Swirl How and Great Carrs. With no time to react, the aircraft hit the mountainside killing all on board. Despite the crew perishing in the impact, the bomber remained largely intact and, to prevent other aircraft from spotting it and reporting it repeatedly, the wreckage was cut into a number of smaller, moveable pieces and discarded down Broad Slack, where parts of it are still visible today. 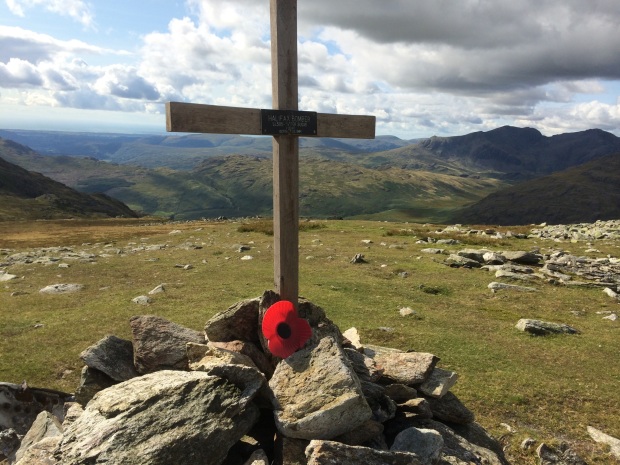 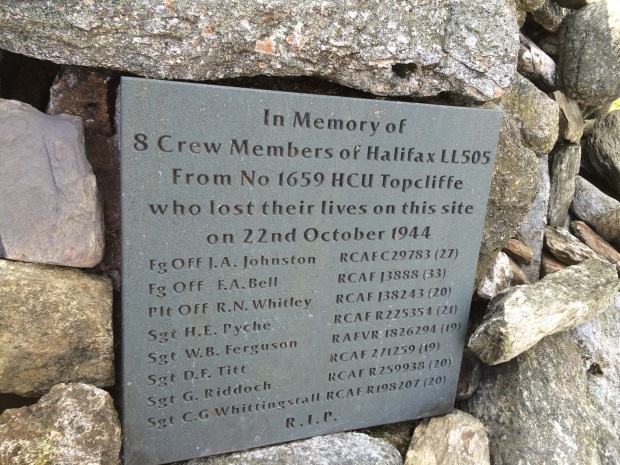 Onto the summit, bringing our Wainwright summits to 183. 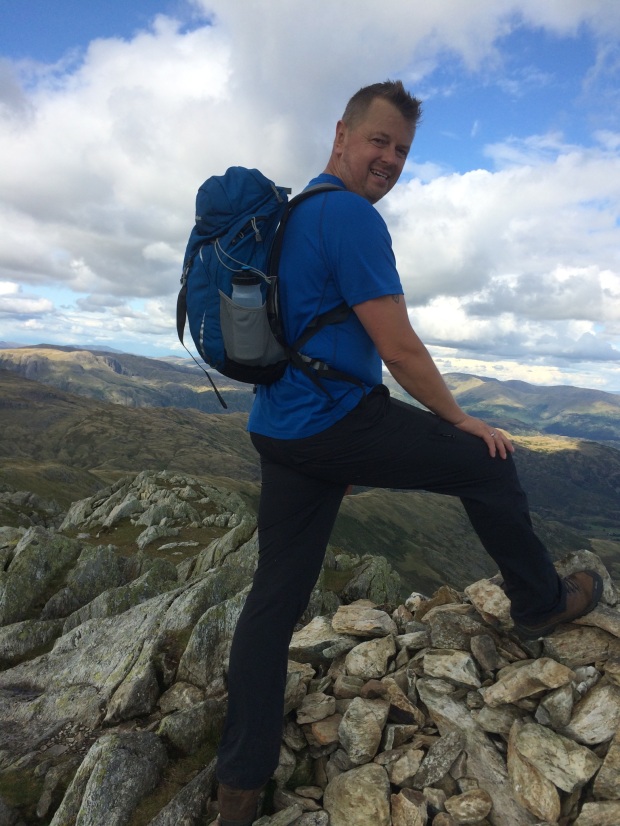 Now for the descent back, as always I wouldn’t walk anywhere without my trusty pacer poles.

Back down virtually the same way we came up, lovely views of the Scafell range keeping us company. Soon the car was in sight.
As we were driving back caught this view in the mirror and couldn’t resist a quick shot.

Onto the Three Shire Inn for a walkers reward of Loweswater Gold.