Still a few to do in the Wainwright Far Eastern fells book. Ray had messaged to see if were going out and what fells we still had to do. So a screen shot sent and he suggested we finish off the remaining ones on the Kentmere horseshoe and 3 on the Hartsop side. This left Rest Dodd and The Nab for another day. I messaged Gary as he’s always up for an epic walk, he was in so decided to meet at 8am in the Hartsop car park. With it being bank holiday we thought an early start would be a good idea.

The weather gods were shining, even at 8am it was beautiful and sunny. So off we set up the steep climb of Hartsop Dodd. I had started with sciatica after a run a couple of weeks ago and was twinging. But using my pacer poles as lift support I plodded up the steep ascent taking in plenty of view stops!!

Soon the first summit of the day done, Hartsop Dodd in the bag. I always feel better when the first one is done. The steep ascent forgotten for the moment of satisfaction on the top. Quick pic and was onto the next one Caudale moor and Stony cove pike. 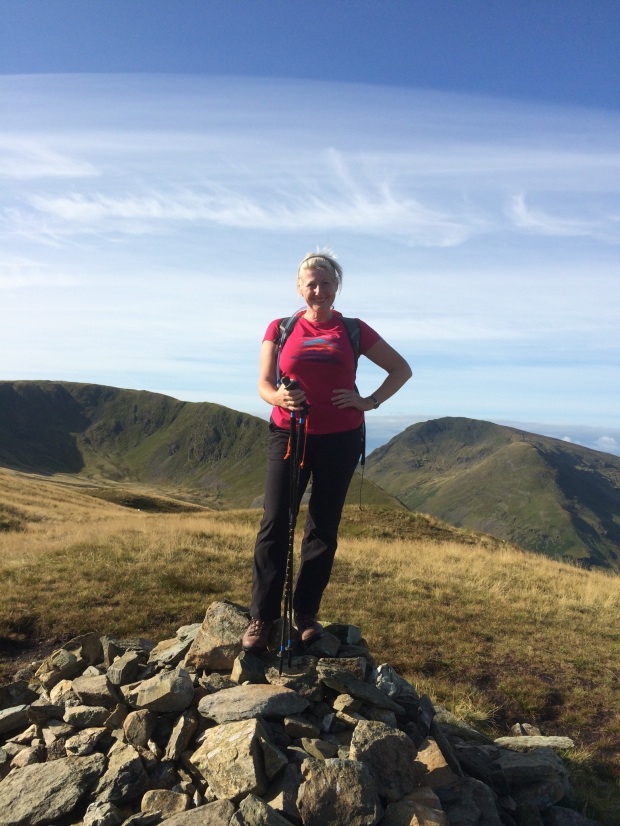 In between Caudale moor and the summit of Stony Cove pike I slipped and landed very hard on my bum. Even my wobbly protection couldn’t take the impact. Getting up and brushing myself down, the boys said you’re amongst friends if you want to cry you can. Smiling, though it hurt a lot, it seem to have cured my sciatic pain. Gotta love a silver lining!
Summit 2 of the day – Stony cove pike. 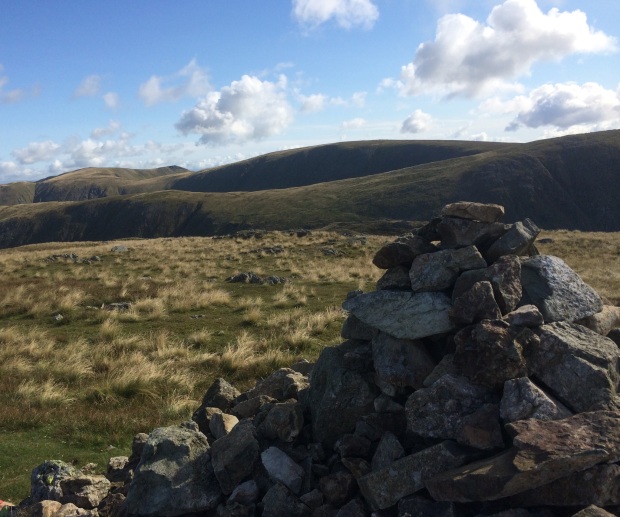 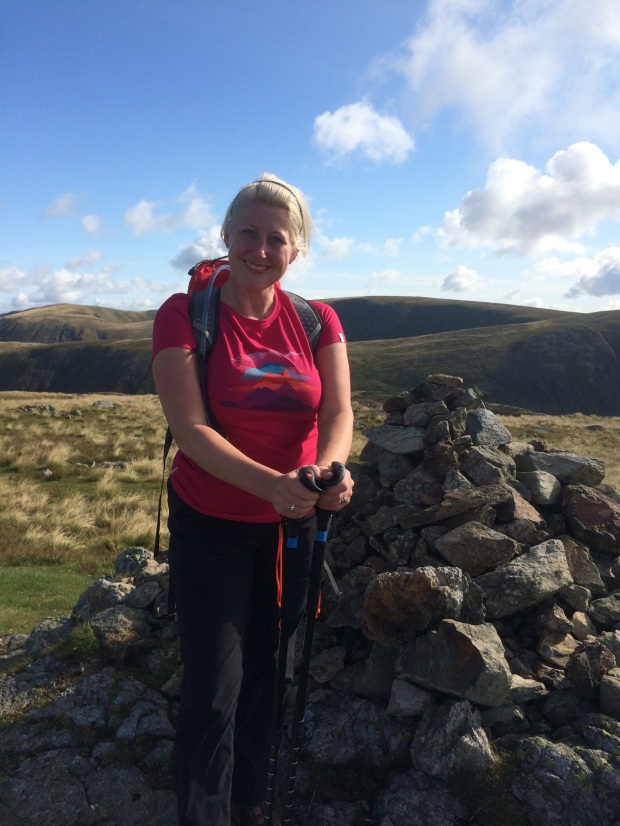 From here it was a not bad descent and ascent to the first bait stop of the day on Thornthwaite Crag. En route Ray treated me to a dose of poetry, Early start and 3 hours of walking I was getting Hangry! Hungry angry in Gina world. Such a gorgeous day and amazing views as far as the eye could see.

It was here that Gary had a go with my selfie stick. We were messing about and when looked at the shots they were of the sky! First rule of selfie school always have phone on front facing camera eh Gary ;).
Refreshed it was onto the western ridge of the Kentmere horseshoe. It was an out and back and looking at it from Thornthwaite it looked a long way!

But in reality it was not too bad. An easy path and undulating. One by one were ticked off.
First Froswick. 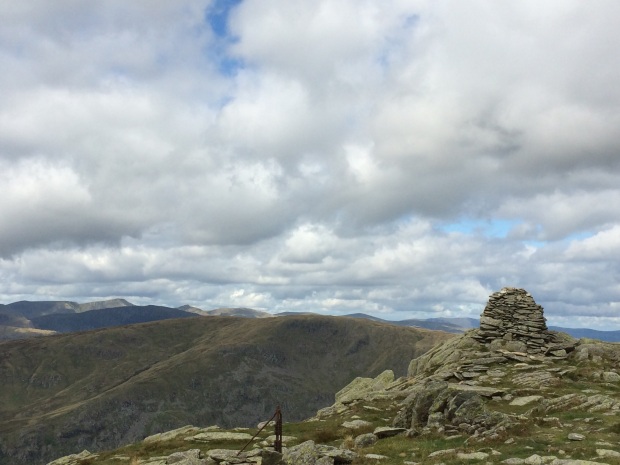 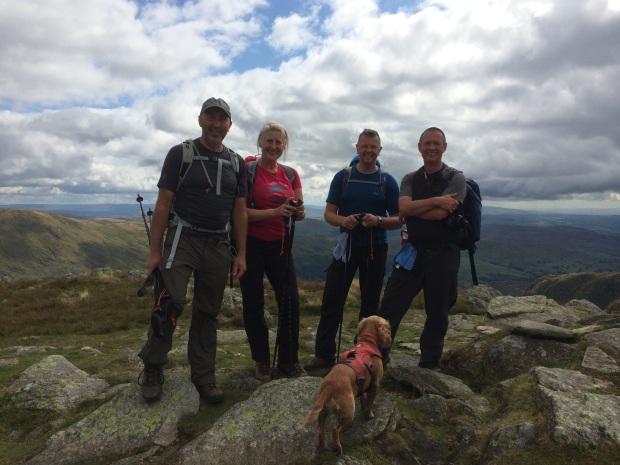 And finally on this ridge before retracing our steps, Yoke.

As we went over Ill bell got talking to a couple who recognised Dave. Can’t go anywhere!! Turned out he was one half of Kendal real ale brewers Brewshine. Ray was particularly interested in this hehe.

We said our goodbyes and was onto Froswick and then onto Mardale Ill Bell. Looking back thinking wow we walked a long way! As we approached Mardale summit, we decided this would make an excellent brownie stop. As we reached the summit, Ray recognised a figure in the distance. Turned out to be a Facebook friend Paul Sharkey also taking advantage of the good weather. I gave him a piece of my famous brownie before he headed off. Such a good place to take a rest. 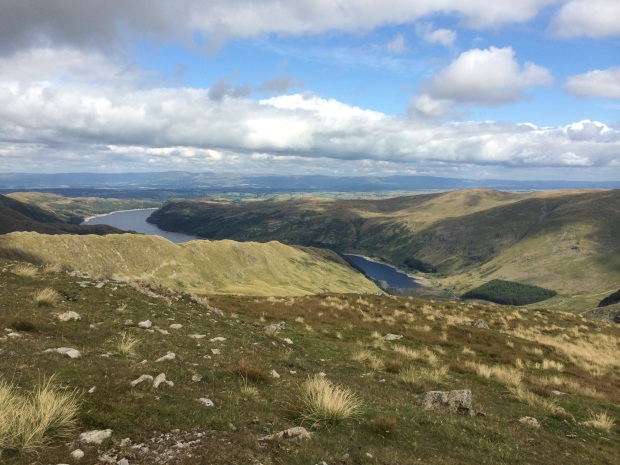 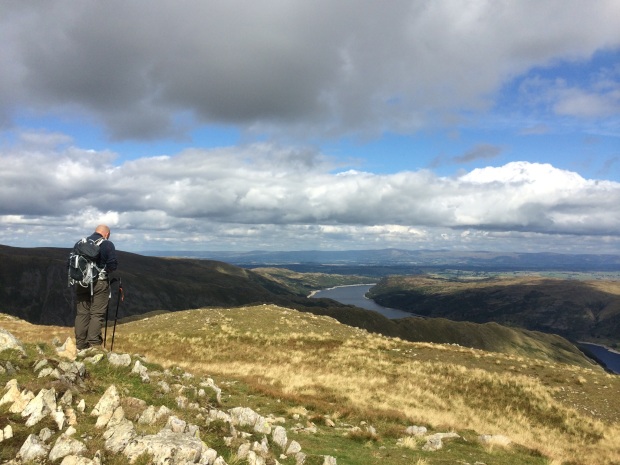 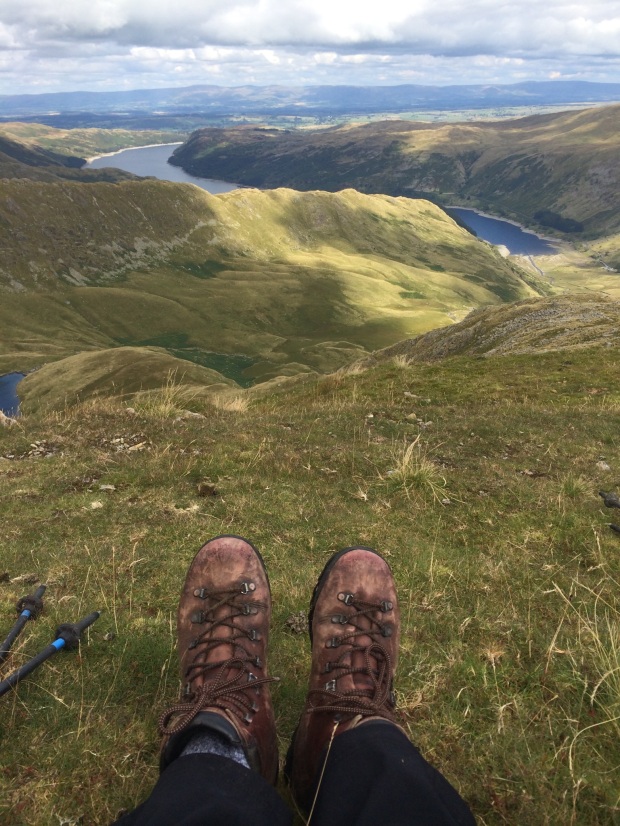 Back to Thornthwaite to then carry on to the final summit of Gray Crag. En route we were only a short walk from High Street. Gary said “you can’t walk past” so Gary and I went off to go it whilst Dave and Ray carried on to Thornthwaite. As we walked I asked ” is it really 5 minutes or a 5 minutes you tell a child” luckily it was only a 5 minute divert.

We were soon with the others, a short break to refuel and was onto the last summit. We were all starting to feel tired as has been walking for 7+ hours. The walk down to Gray crag was a gentle path and you could’ve walked over the summit without realising. Another poetry treat from Ray http://www.bartleby.com/106/173.html 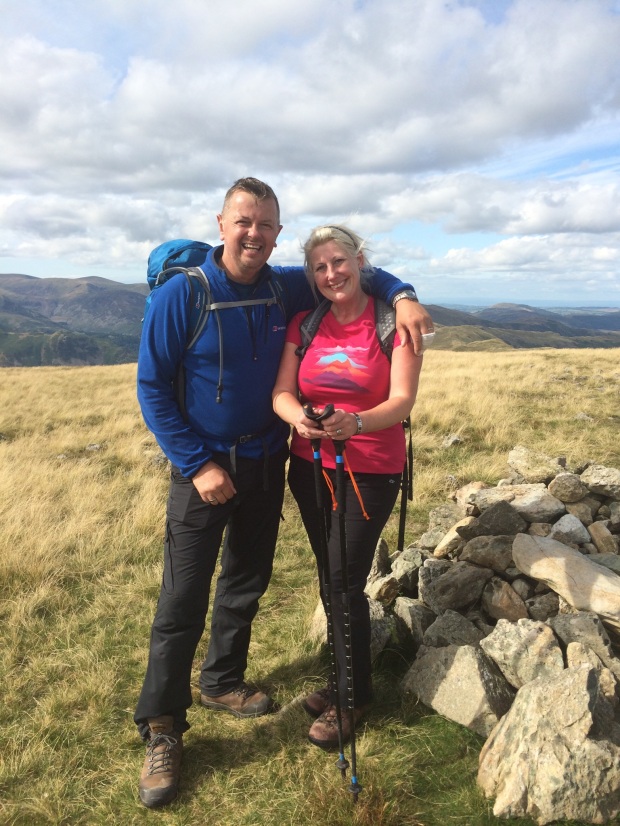 9 summits done and wainwright 190 done. Now the final descent back to the car and more importantly our walkers reward. It was quite steep at times. 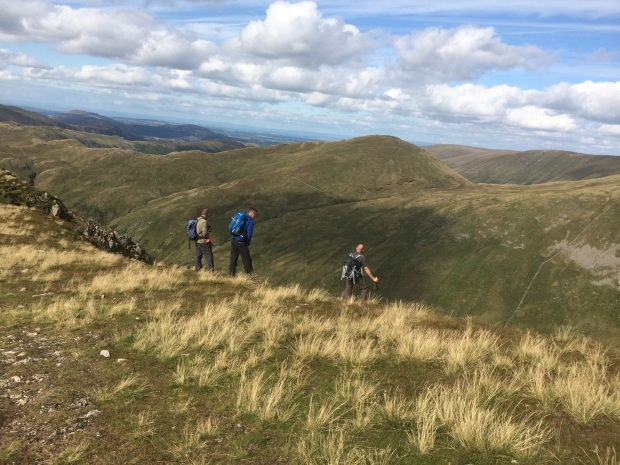 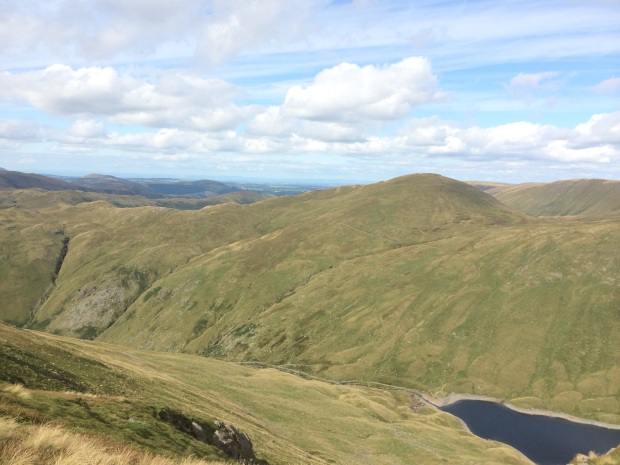 It was interesting to see how Hayswater was looking after the removal of the dam.
Soon the familiar path we saw 8.5 hours earlier was in sight. An epic 14 mile walk but so lucky with the weather. A short drive to The Brotherswater inn for a walkers reward in the Sunshine. A pint of Tag lag by a favourite brewer Barngates was spot on.

Couldn’t believe that they are now charging for Wifi! What is the world coming to???
A great walk with lovely company, thanks guys 🙂