After last weeks walk, it left me 3 fells in the Southern wainwright fell book to complete. I had mentioned this to Gary on the last walk and he was up for it, Andy had text to say he may come for a play in the lakes and brownies had sealed the deal! Derick who is just starting his wainwright adventure came along as did lakes walking legends Ray and David.

We met on the common car park at Wasdale head. I’d no sooner got my boots on and Ray asked “what season are we in” I replied Autumn and he recited this lovely poem. http://www.bartleby.com/101/627.html 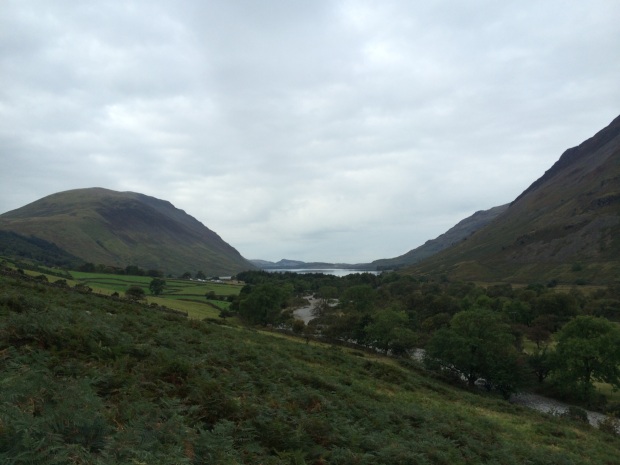 Lingmell was the first summit, it was a relentless ascent. Calf burning as after a 5 minute walk it was straight up! My head was not into walking mode. After a worrying stressful week and not sleeping very well, I just felt awful and unfit. At some points I had my kirkfell face on and I just couldn’t get into my walking rhythm. Andy walked up with me.
I had lots of “view and photo” stops! 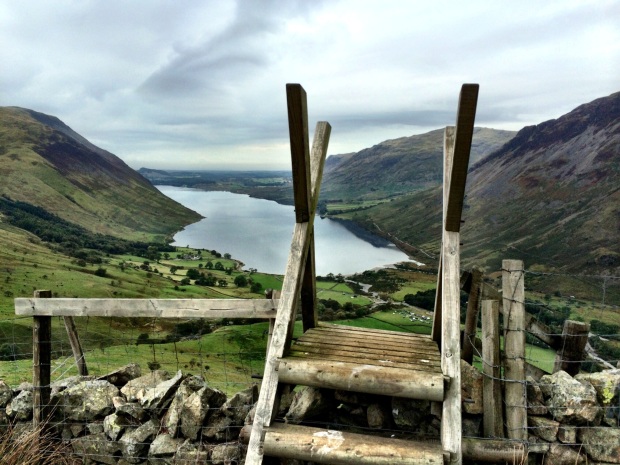 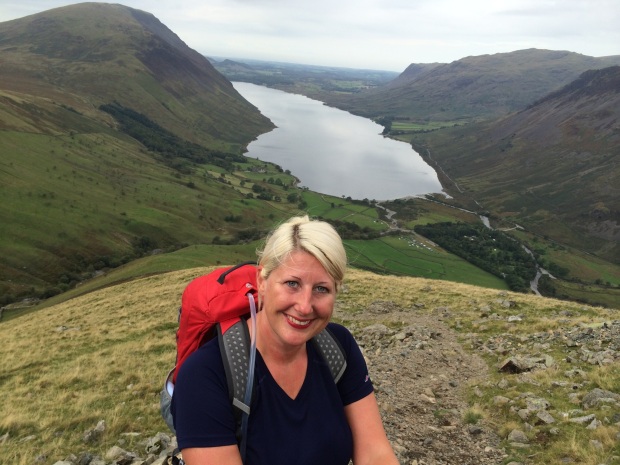 There is a very impressive cairn on lingmell crag with breathtaking views towards Great Gable and Styhead tarn. 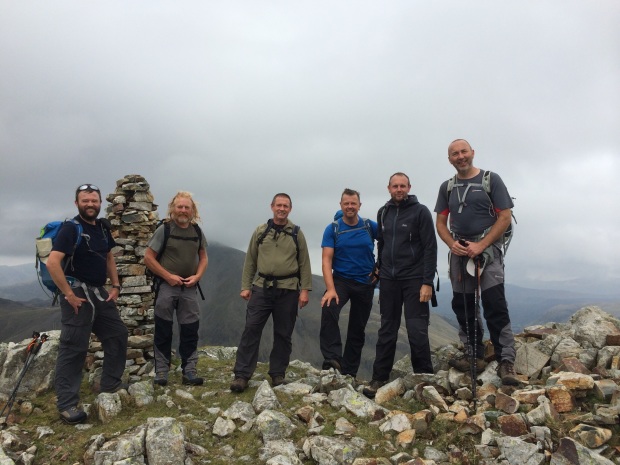 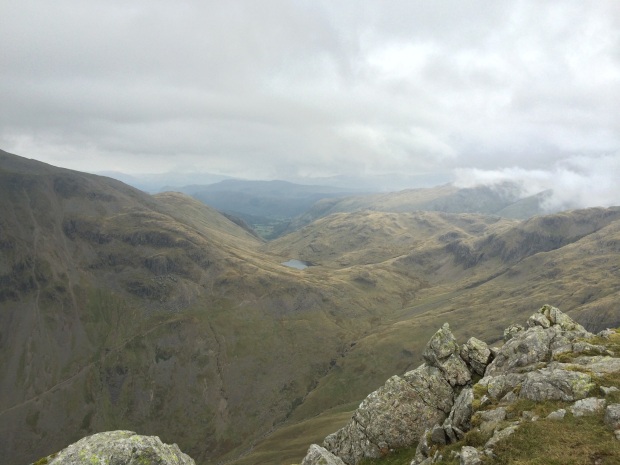 From here was a short walk to the summit of Lingmell. The clag was coming down which did not help my current mood! When I’ve slogged up I want a view!! 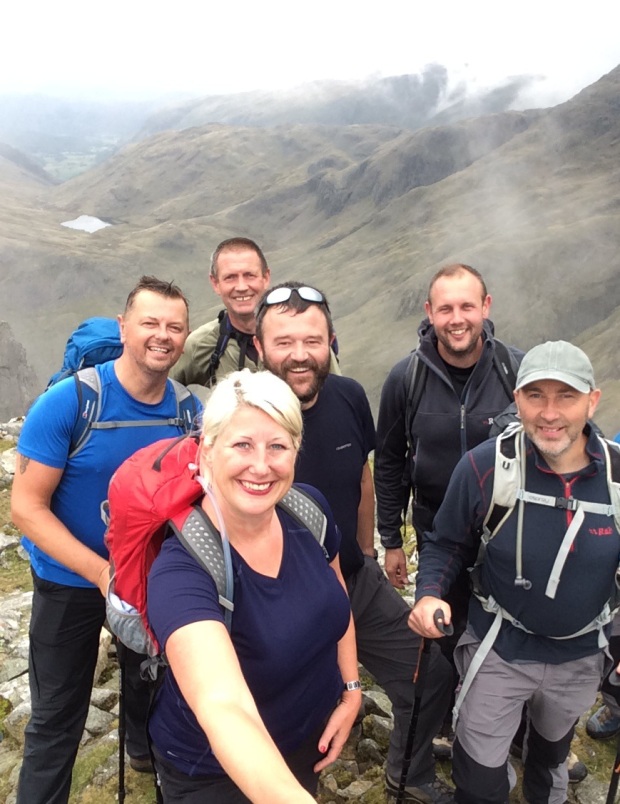 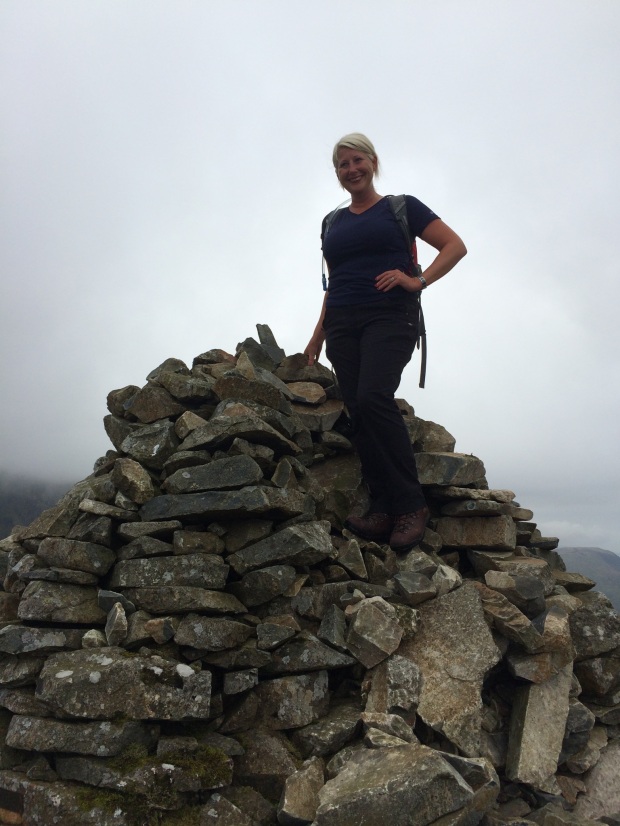 From the summit we descended to join the main path up to Scafell Pike and traversed underneath the pike to join Lord’s rake. The picture below shows the engraved cross to 3 climbers who died back in 1903. 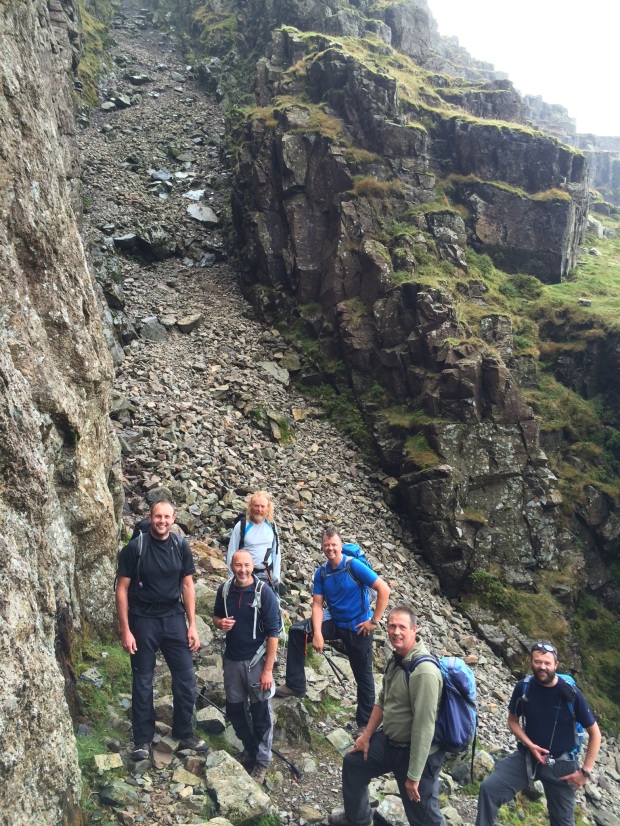 The clag was down which was probably a good thing as we started the ascent of Lords Rake. It is a scree filled shoot, it’s not a difficult ascent. But the constant loose footing was a little tedious with my mood that day. With an odd helpful hand from Ray I made my way up. Then a left turn onto the West wall traverse. This was a narrow path way with a few scrambles before it popped out onto the summit of Symonds Knott.
It was a short walk over to Scafell, the cloud was down and couldn’t see a thing.

My hungry angry ness was coming on so here was a perfect place to have our lunch and get the brownies out. It was David and Derek’s first experience of them. It’s fair to say they liked them! 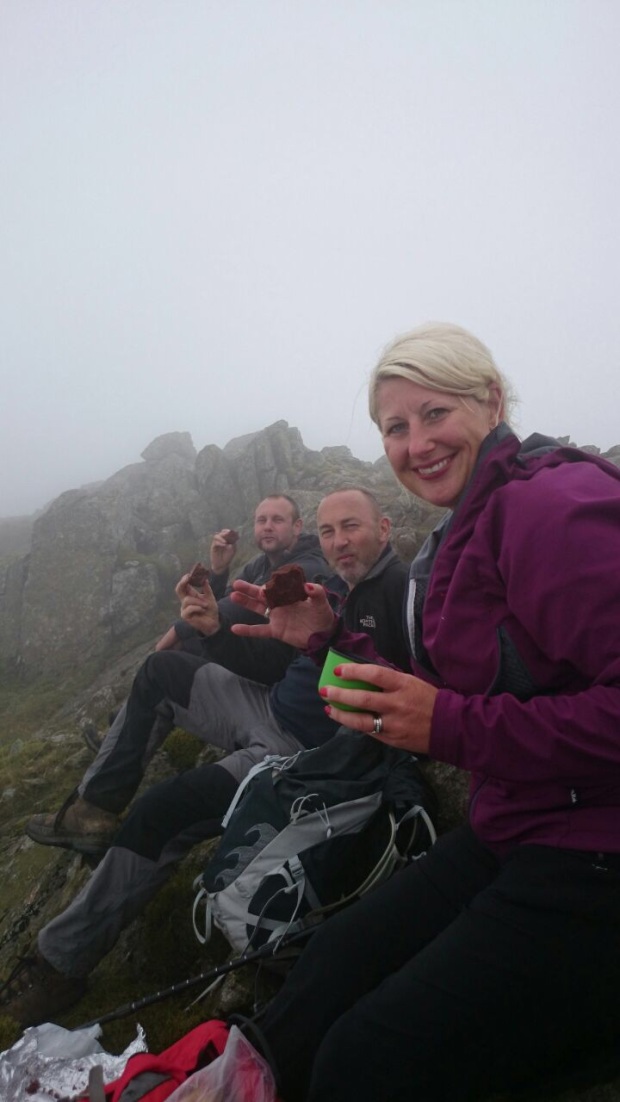 Fuelled up we set off for the final summit and the last in the southern fell book Slight side. It was not a long walk across. 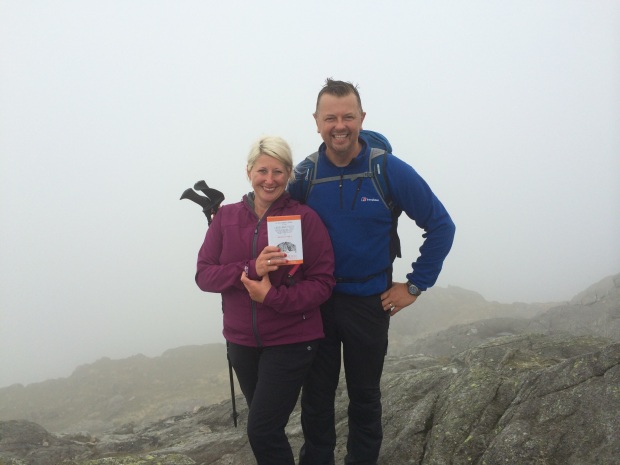 Another book completed 🙂
From slight side it was a gradual descent down towards Burnmoor tarn.

Just off Slight side there is a memorial to polish airmen who crashed during WW2. 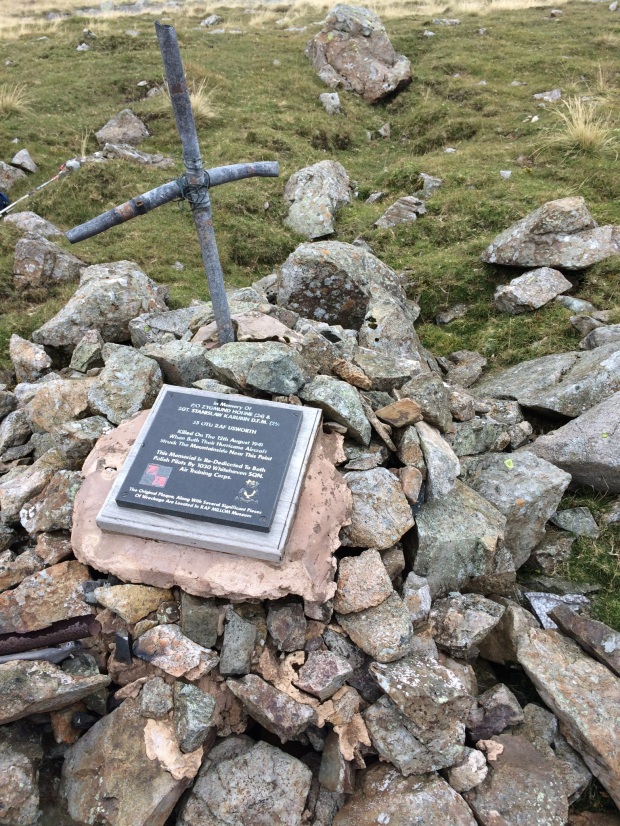 Burnmoor tarn is one of the largest natural tarns in the lakes. It’s very impressive. 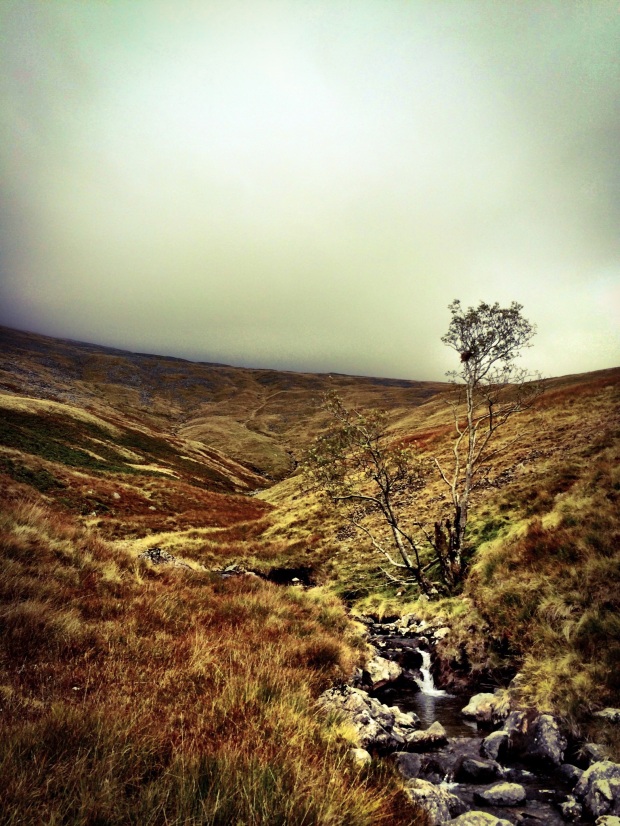 Before we got near the car there is a very unique double arched bridge. The bridge goes over hollow and groove gill. I found some trolls!!!

A short walk back to the car. A great route just a shame I had no views on the last 2 hills. They’re on the list to revisit.
http://www.shareyouradventure.com/map/52598/CumbrianBlondie/28th-September-2014

The Strands in Nether Wasdale was the port of call for walkers reward. I think I’m in the minority but I don’t like the Wasdale Head Inn. Everytime I’ve been the staff have been rude and the beer selection not very good. Always a warm welcome from Mark at the Strands. A couple of pints and discussions of next walks to tick off my final 15 wainwrights. Let’s hope the weather gods are kind 🙂