The weather gods have not been playing fair recently which is not good for a fair weather hiker.
But a better weather forecast in the west was perfect for ticking off a few fells. The fells in mind were Grike, Crag fell and Lank Rigg.

The recent weather and area meant it was definitely a gaiters kinda day. I bought these Rab ones earlier this year, I like how they are so easy to put on unlike my aged ones. 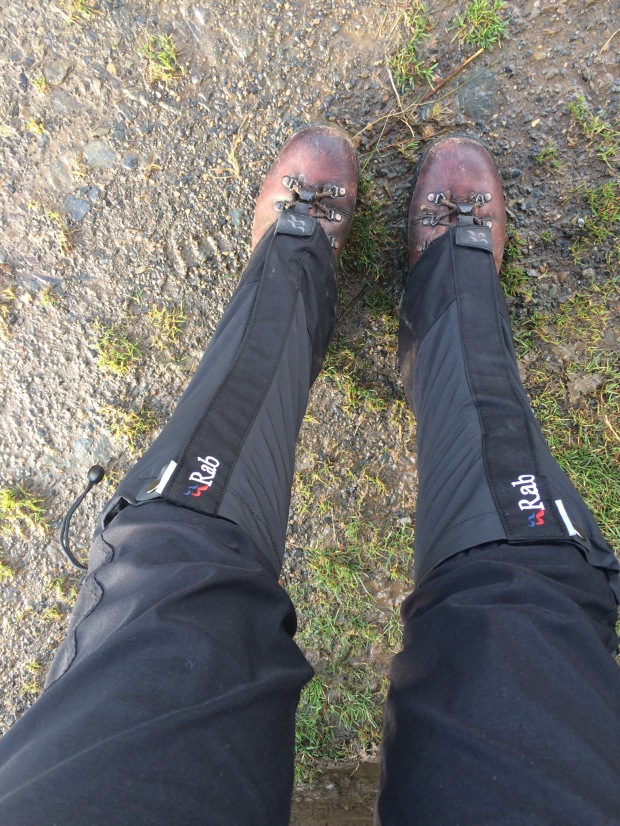 Blue sky ahead was promising and prayed the black clouds left us alone today. 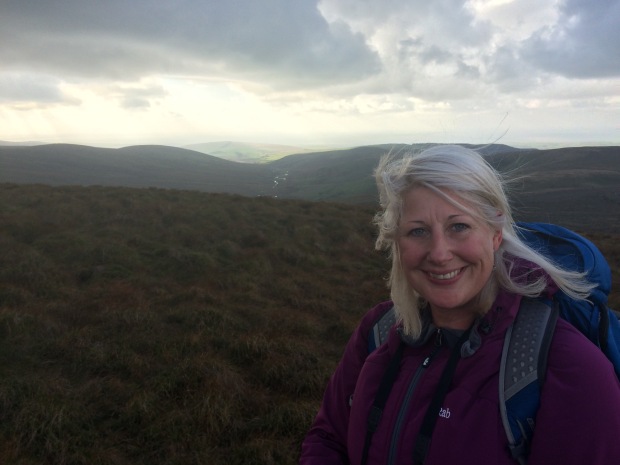 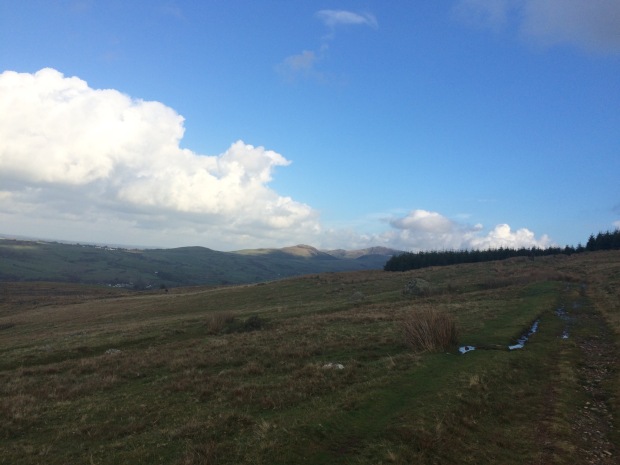 It was quite a relatively easy walk up to the first summit of Grike, our Wainwright 204. 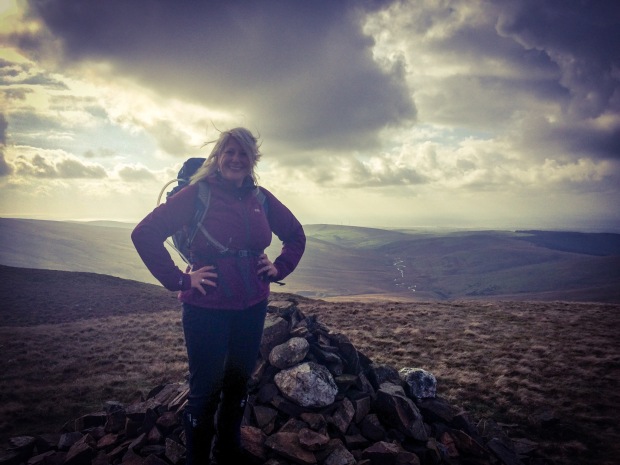 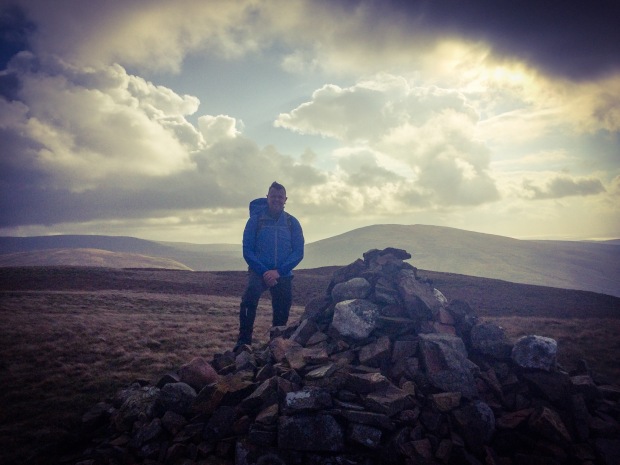 Then was onto Crag Fell, the wind was getting up. But it was still clear and as we approached Crag fell had gorgeous views down to Ennerdale water. This was a perfect place for a lunch stop. 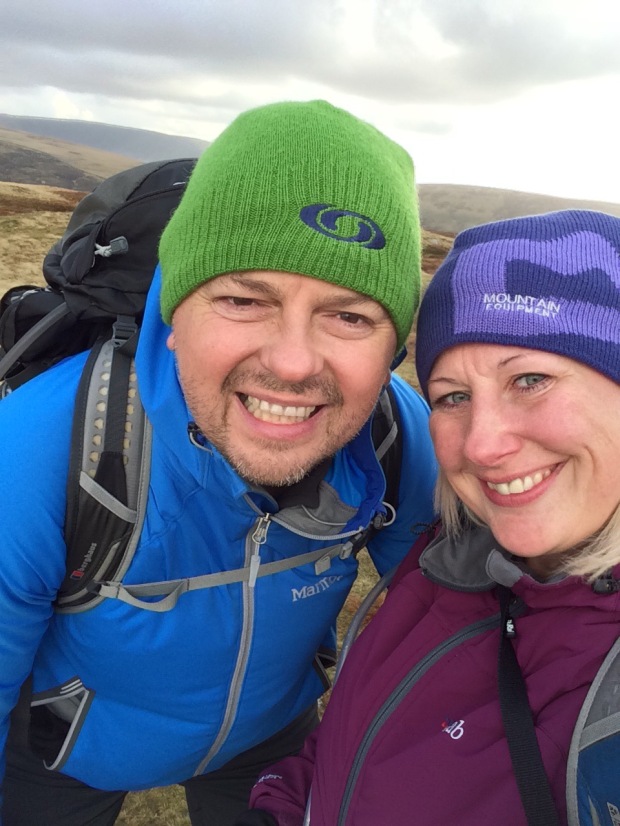 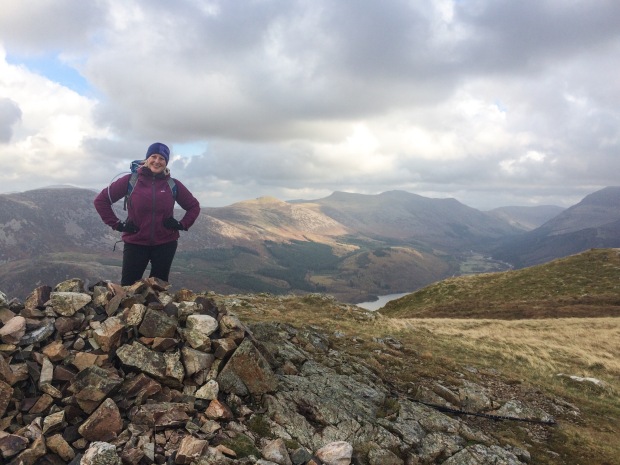 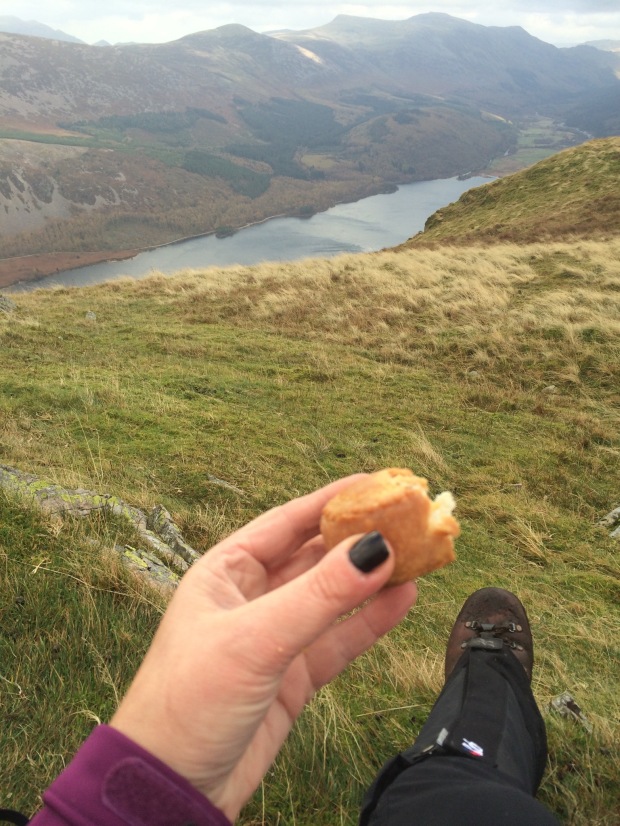 As we left Crag Fell it started to hailstone, it was like a machine gun pelted you. Luckily it only lasted a few minutes. The walk over to Lank Rigg was a boggy trudge. We went over Whoap which I’m surprised isn’t a Waknwright too. Lank Rigg is the furthest western wainwright and as the man himself said it’s very desolate. When I posted a picture on Twitter a follower said he had to get the map out to check where it was!

To mark the completion of his Pictorial Guide to the Lakeland Fells, Alfred Wainwright buried a two-shilling (now ten pence) piece under a stone at the summit. He mentioned this in the last book so that the first reader on the fell could collect the prize. It was, as he said, “a reckless thing to do”. Visitors to the summit may still occasionally find coins hidden there by generous fellwalkers in memory of Wainwright’s act. Unfortunately at the time we were tired and the pub was calling. 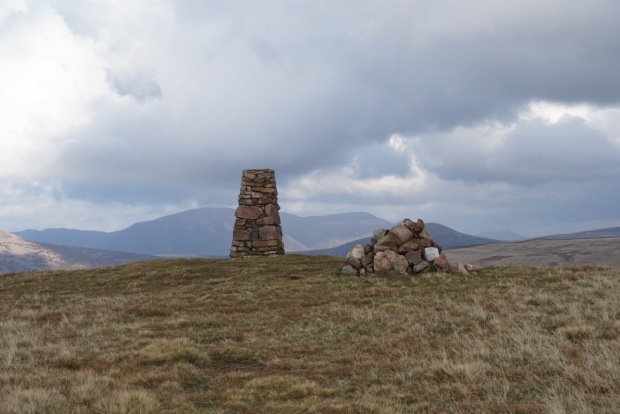 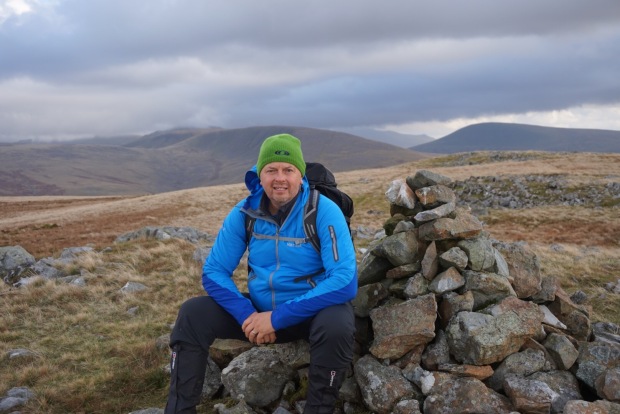 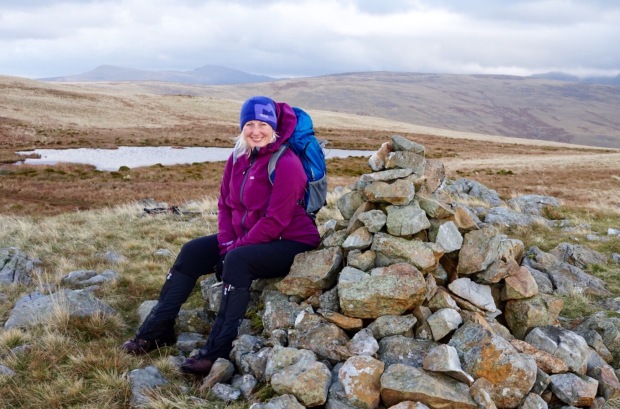 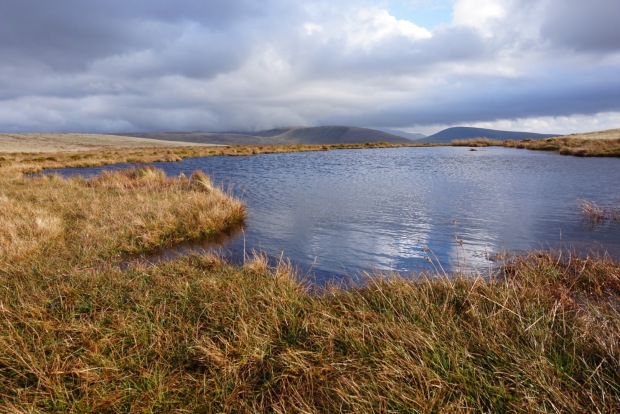 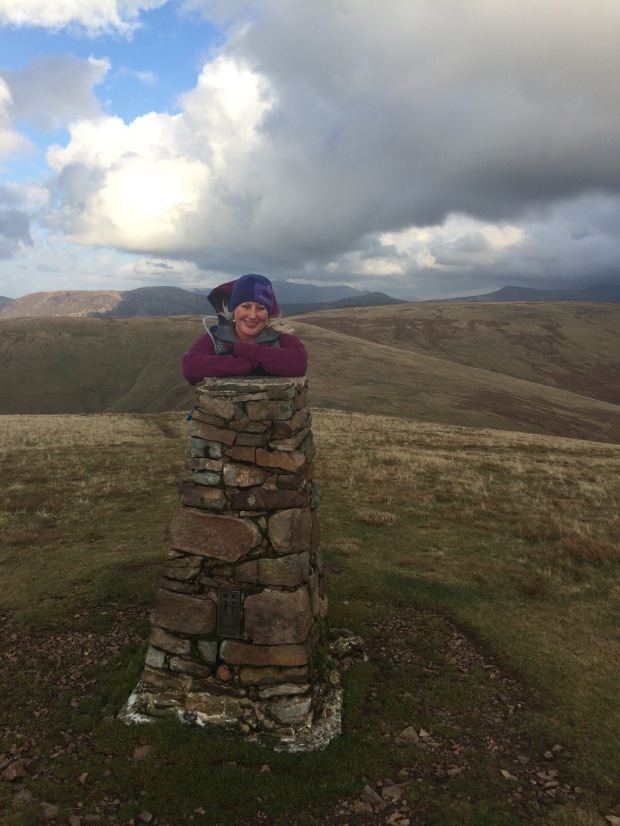 Rather than retracing our steps back to the path towards Crag we decided to take a straight descent over Lank Rigg moss. This involved a very precarious river crossing. With a slight run up my little legs got me across just!
Soon the car was in sight, the light was fading. A short drive to the legendary Kirkstile inn for walkers reward. Another 3 ticked off leaving 8 to go…. 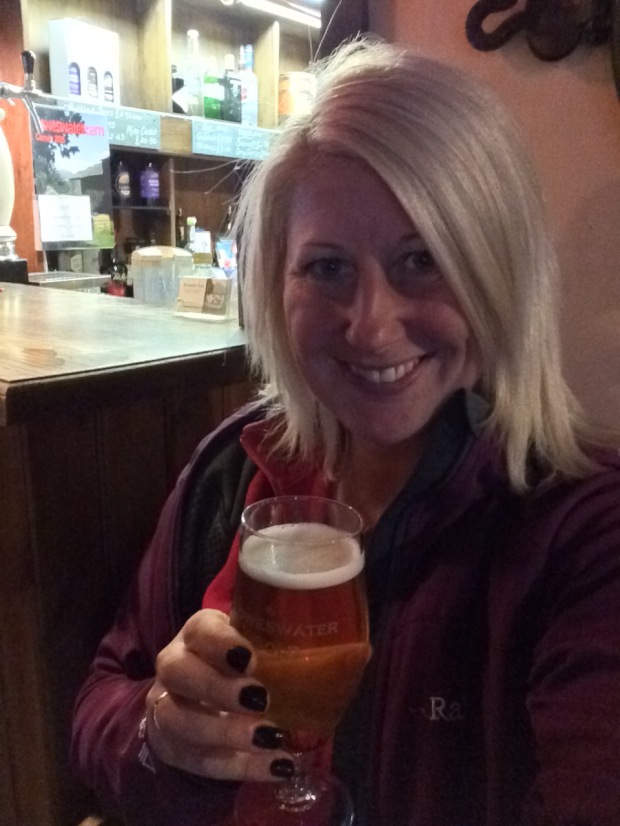 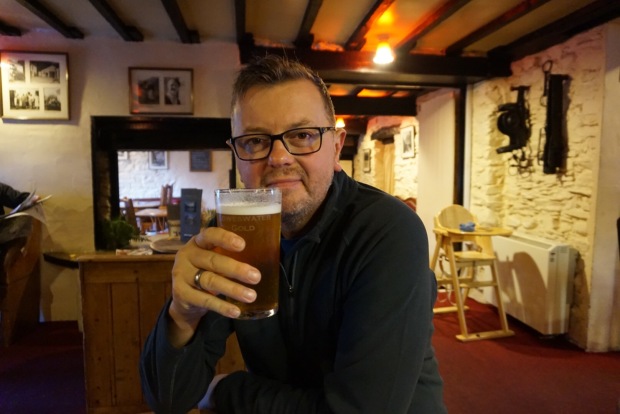 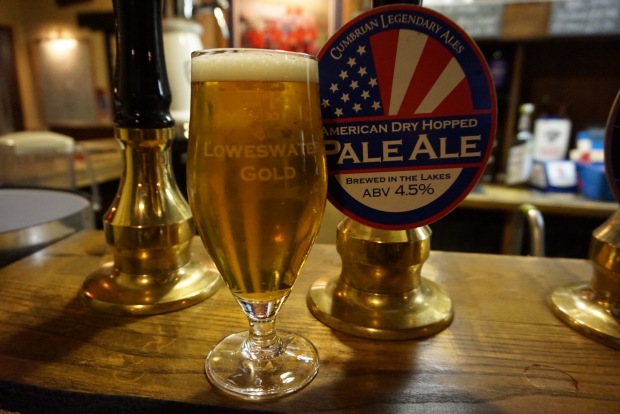 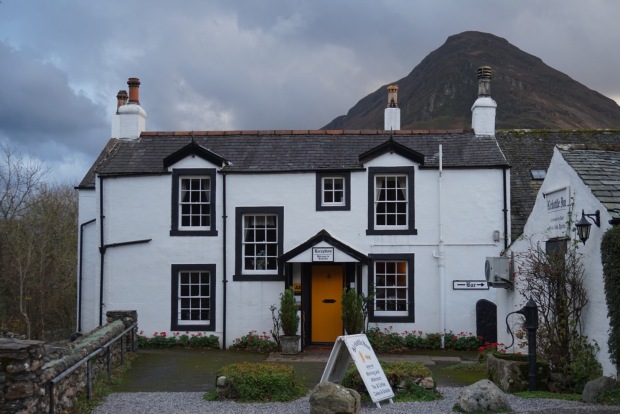