With terrible weather (yes I’m a fair weather walker judge away) and being a social butterfly I had not been fell walking since May.  So with a favourable forecast I text my friend Ria to see what Wainwrights she still had to do. Fellbarrow in the western fells was her penultimate one so that was the plan, plus it’s not far to one of my favourite pubs The Kirkstile Inn.

I messaged Stu, Ray and Gary to see if they fancied a bimble, quick response was a resounding yes! Think the thought of brownies helped influence their decision hehe.

So we decided to meet in Thackthwaite, free parking is very limited but we got parked. The weather was stunning. So with the obligatory selfie off we went.

We decided we would do Low Fell too as was next to it, plus made more of a walk. It was so good to be back out in the fells. Though despite running, I could feel I wasn’t fell fit. It’s a nice gentle walk up. 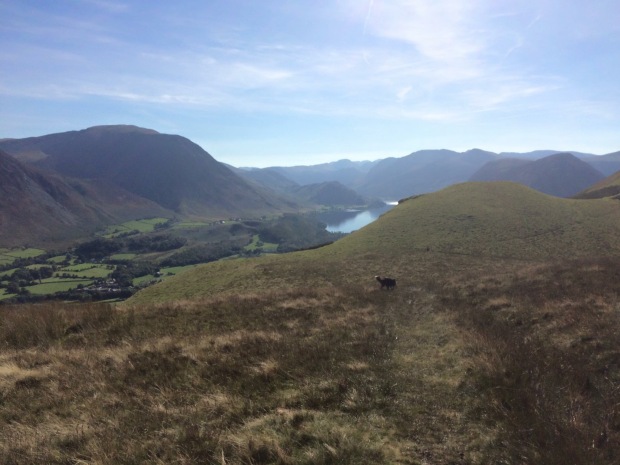 We took a small divert off the path to summit Watching Crag which gave you amazing views before the summit of Low Fell. 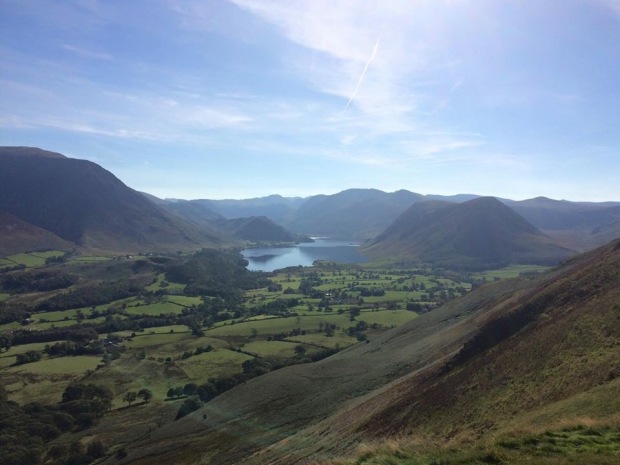 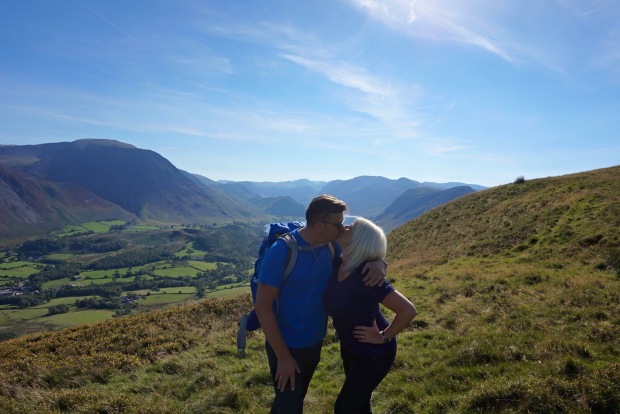 The summit of Low Fell is only 423m but has one of the best views down to Crummock water. Perfect place to have a bait stop and brownies. 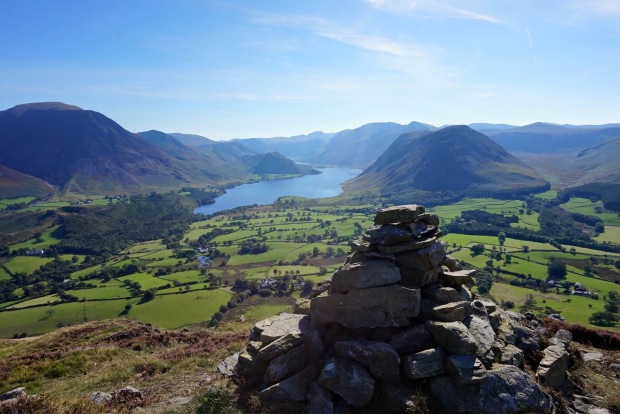 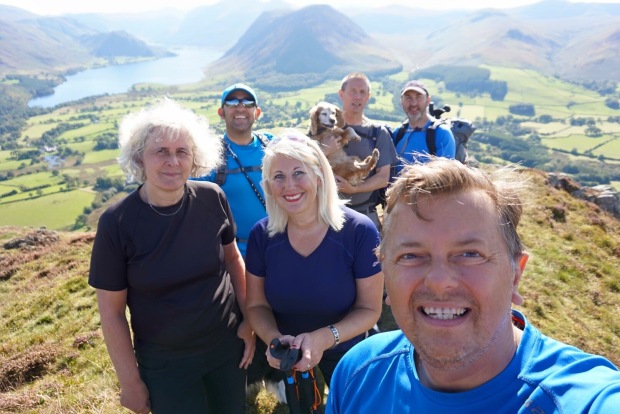 Such a gorgeous day, it was a short walk to the summit of Fellbarrow. 213 for Ria. I decided I would try and climb the trig point. We were in ripples of laughter at me trying to do this. But with a leg up from Stu I was the “Angel of the Lakes”. 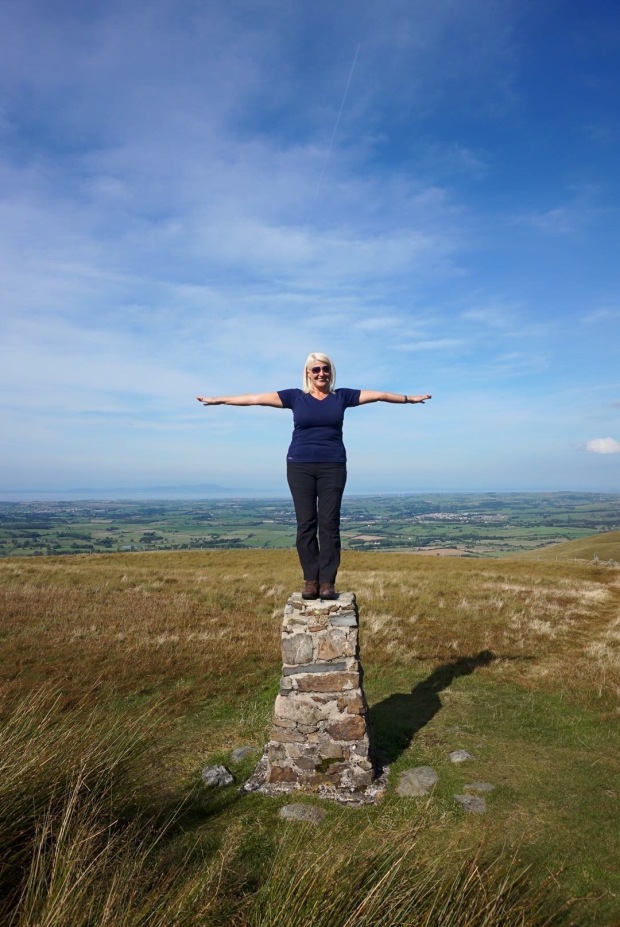 Removed from the trig point, we followed the path back down to the car. 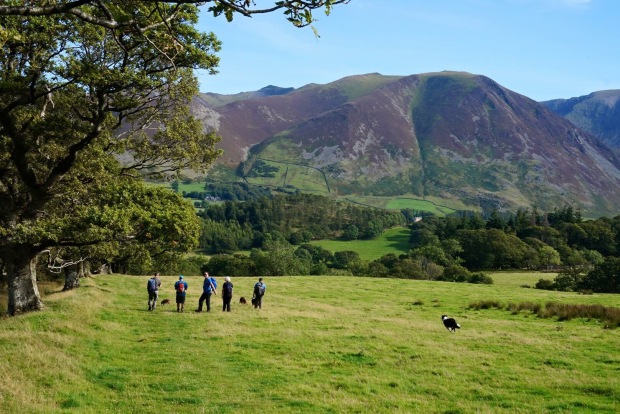 Then the best bit, walkers reward in the Kirkstile Inn. 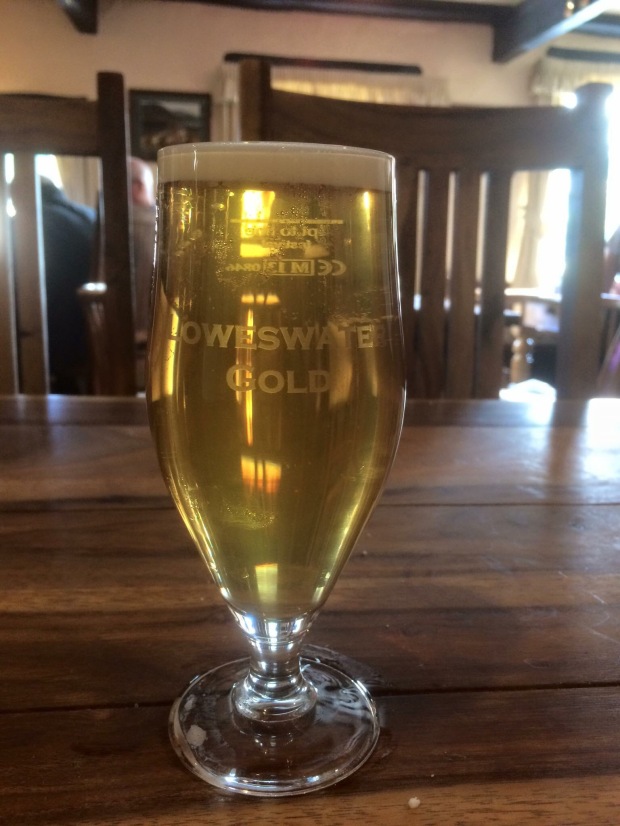 It was a great day in the fells, good craic and good company.  One of my favourite walks. So just Hallin fell to do until Ria will be in the 214 club!