It has been so nice being out in the fells once more.  With a favourable forecast, this hasn’t been the case with the recent bank holidays, it would be a shame not to get out.  As I have said before, I make no bones about being a fair weather walker, I know that living here gives me that luxury. A message sent out to friends and Jim, Dave, Simon, John and Ria were up for a walk.  I had suggested that we do the classic walk The Coledale Horseshoe.  https://adventuresofcumbrianblondie.co.uk/2012/12/10/not-quite-the-coledale-horseshoe/Readers of my blog will know that last time we attempted to do this, we ended up going the wrong way out of the car park and ended up walking towards the mine.  It was one of my favourite walks and ended up being renamed the “Coledale Flipflop”.

Parking for this walk is limited so we decided on an early start.  Boots on, pleasantries and hugs exchanged it was time to set off, the right way this time!!


A very steep start and my calves were burning, as I was walking up I thought I’m not sure I can do this. Plus I didn’t want to tear my calf again and set myself back.   Jim gave me one of his “go faster” mints to help me up the hill.  I steadied up my pace and plodded and as I warmed up my calves became my friend again.  It was the perfect opportunity for view (rest) stops.  The haze was burning off and the North Western fells were looking stunning. 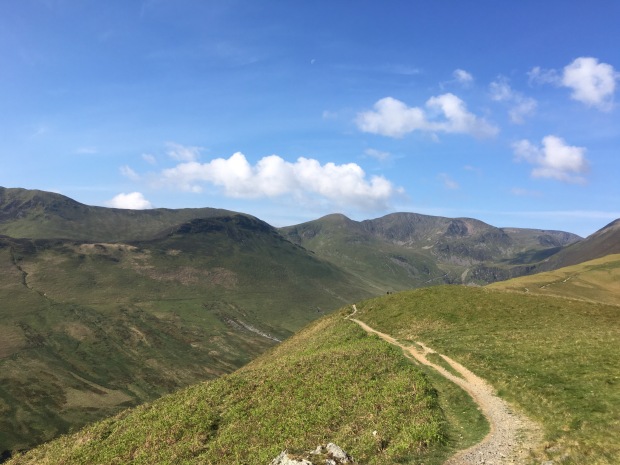 A steady climb up to our first summit of Grisedale Pike.  A rest, refuel and a show of my “Go Girl”, I was sent it to try whilst out on my adventures.  Much hilarity as you can imagine as I posed with it.  I have still yet to try it out. 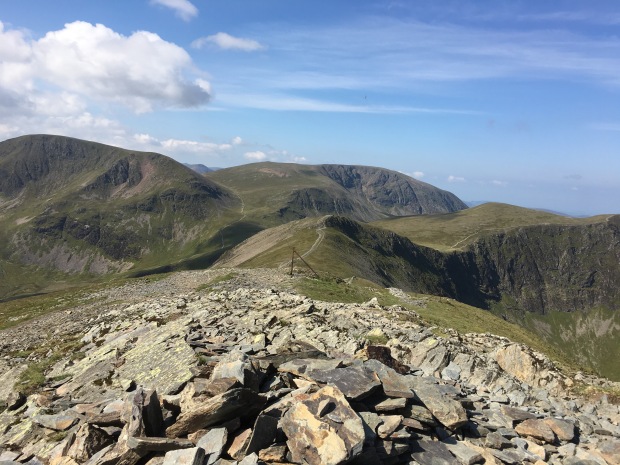 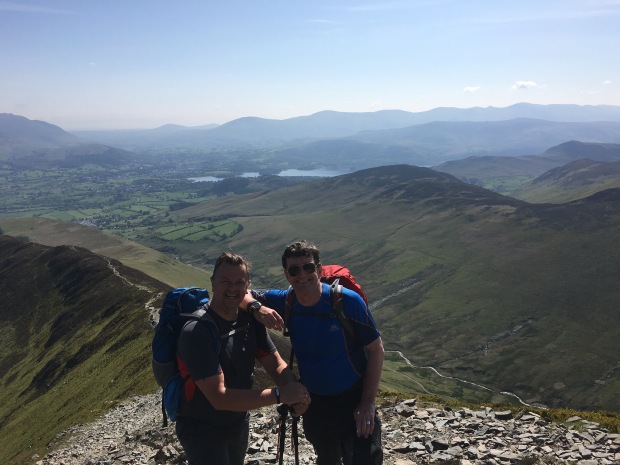 Then onto Hopegill Head, the route over was steady with fantastic views keeping us company.  We decided we would stop a Coledale Hause for lunch and a cooking demo from Jim and Dave.  The descent from Hopegill Head was scree and loose stones.  As I was wearing my trail shoes, I decided to gently run down as was easier, Simon followed suit as had the same shoes on.  They are incredibly grippy and comfortable.  Jim thought I am going to do the same and race you down.  He came speeding past me and I thought “I hope you can stop” only for him to go flying right in front of me, his face taking the brunt of the fall.  When Simon and I got to him and turned him over “thought shit that’s a lot of blood”.  The rest of the group caught up and we all got our first aid kits out to clean him up.  This is the first time we had used out kit and it made me think about prepared are others on the hills?  Do you carry a first aid kit?  It made us think about other things we may need to carry in future.  We thought that he needed to go to hospital so Dave and Ria took him off the hill.  Dave, Simon, John and I would carry on round and complete the planned walk.  Plan was to meet at the pub later.
So we carried on towards Coledale Hause and had a rest stop next to the beck.  Dave got his stove out and proceeded to cook bacon for us, we had our pre buttered baps as instructed.  There is something about bacon sandwiches and they tasted even better being cooked outside. 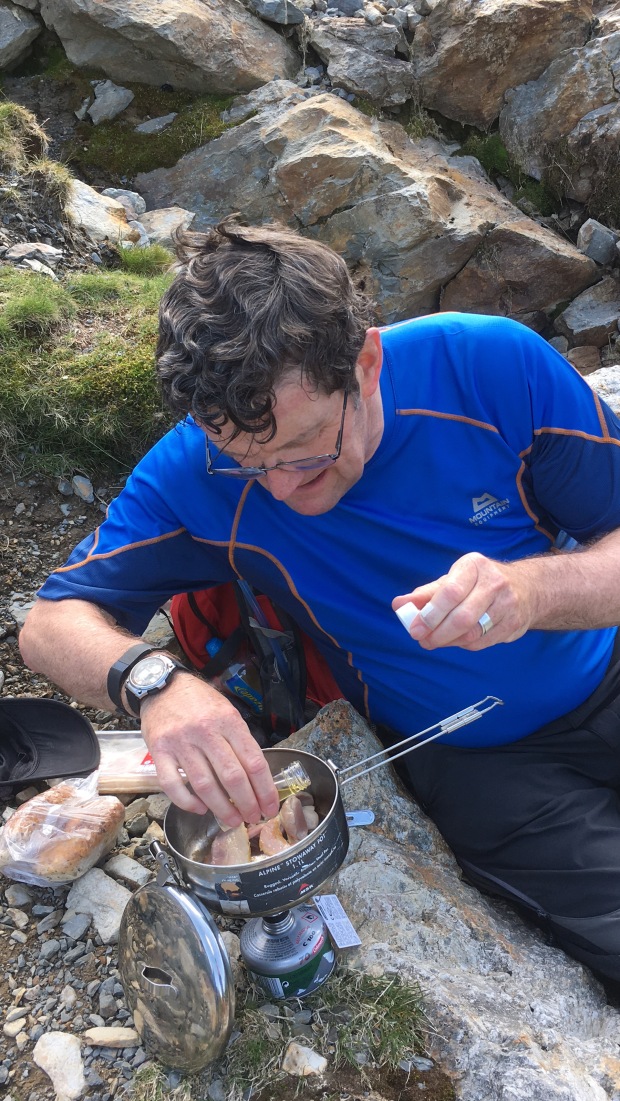 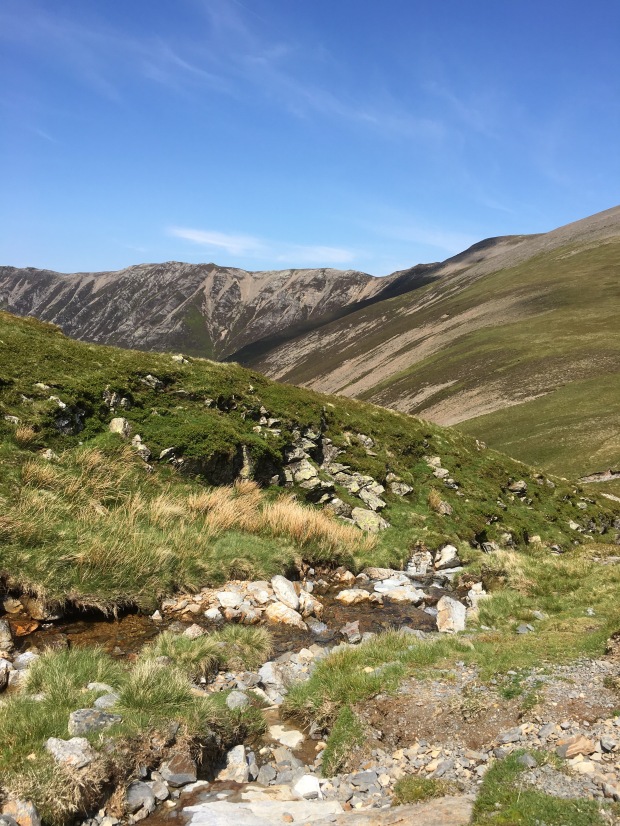 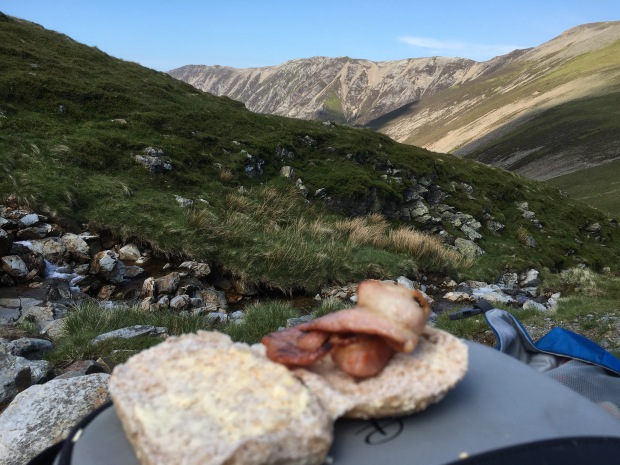 Refreshed it was a steady climb over to Crag Hill (Eel Crag).  I always like to see a trig point on a summit, I had forgotten how flat and wide the summit is. It was quite a tricky rocky descent here and remembered how icy it was last time I was here. 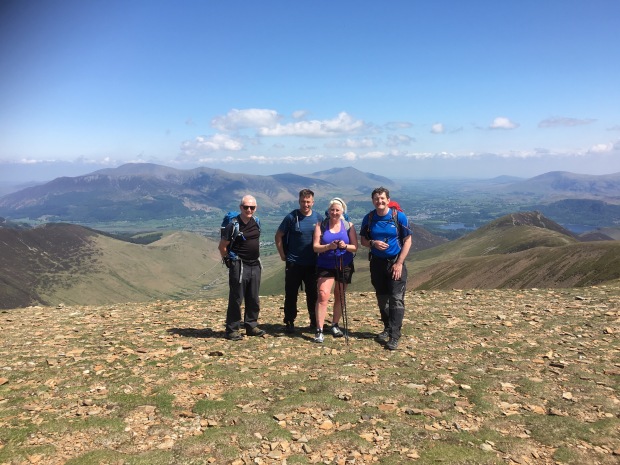 Onto Sail, the squiggly path re done by “Fix the Fells” which causes a split opinion.  It is one of those things which needed to be done.  It has been 3 years since I was up here and I think it is blending into the landscape and will continue to. 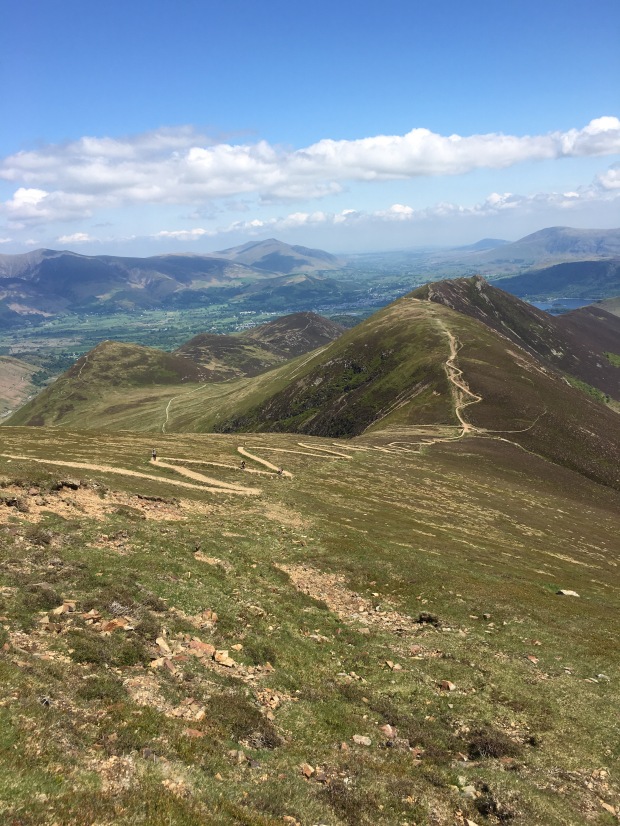 It is such a popular route and I quite like it, it makes for a less knee burning descent.  As we were coming down, we met a family with small children who thought they were further on than they thought, clutching their AA best walks books.  I think they were grateful for our suggestion of cutting the walk short by veering off and walking to the mine and down the valley.  If they were doing the horseshoe, they still had a hell of a long way to go.  It makes me worry about people let loose in the hills, I know I am not the best navigator but I do know the hill reasonably well.  I would never set off to do an unrealistic walk, especially if I had young children in tow.  Fingers crossed they did take the short cut.

Onto Outerside our final Wainwright before the decsent to the pub.  My legs were getting tired, this was the first proper hill walk I had done since I don’t know when.  I felt so unfit, but the only way to get hill fit is to get out and climb mountains. 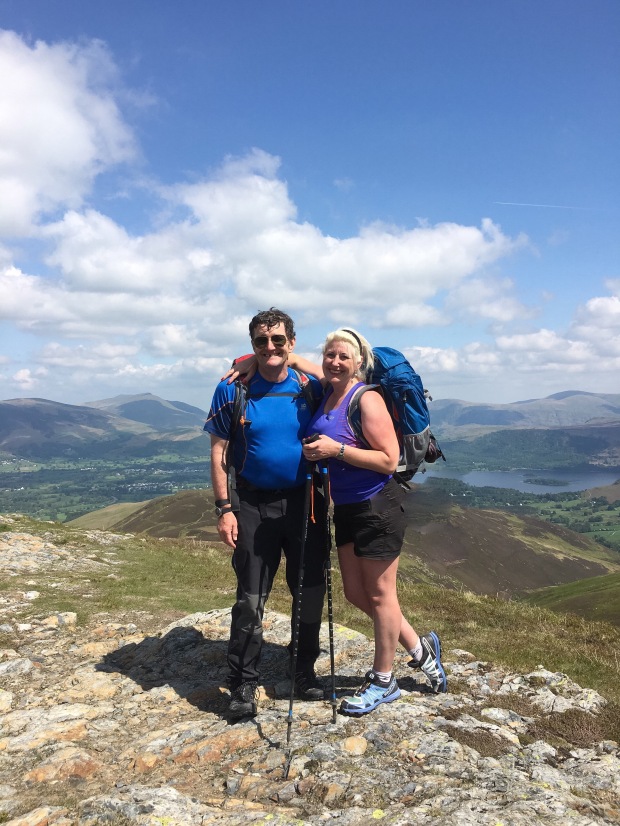 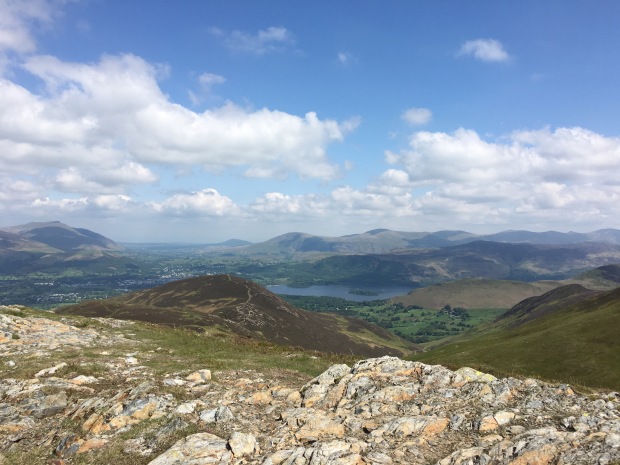 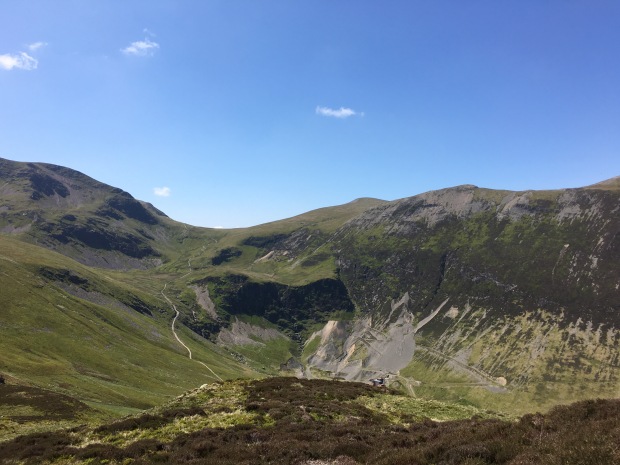 The decent down to the pub seem to take forever.  We had received a text from Dave to say that Jim was in the hospital and being patched up and would meet at the Coledale Inn.  The pub was a very welcome sight.  Regrouped and glad that Jim was ok apart from being battered and bruised.  He even joked “do you think Cindy (his wife) would notice?”  I think she will came the group reply!!  Beers finished and it was time to say our goodbyes.  Another great day in the hills with friends.