FACT running off road is far more fun than road running. Though saying that 95% of my runs are road based. I had my first taster of off road running with friends Charles and Angela Colby. They are amazing runners, when I was in a flux over misplacing my running mojo last year, they said come and run with us.  My first thought was panic, worrying I would slow them down, but reassuringly they said don’t be so stupid.

Angela said you’ll be surprised how much we walk albeit quickly as it’s more energy efficient than trying to run the really steep bits. I loved it, my mind was too focused on trying not to fall over than let me head ruin my run. The freedom, the views, it just made it more enjoyable that something to be endured.

People always say “oh it’s easy for you” it’s never easy you just go faster. For someone so outwardly confident I have such low opinion of my running ability.  I guess it helps being in competition with myself when taking on challenges.

I did a couple of off road runs as part of my marathon training, it’s good to mix it up a bit.  In my post euphoric state after completely the London marathon, when my friend Martin messaged me to say the closing date was coming up for the Coniston half trail marathon, did I want to do it with him.  Of course I would.

Since London I hadn’t run very much, an odd 10 mile run, so panic was setting in.  As with so many things I do, all seems like a good idea at the time. Race day, as I arrived at registration, a wave of panic washed over me and it felt like it was crushing me. Seeing all the fit people, feeling a fraud being there. Which I know its silly as I’ve just run a marathon. I got out the car and just burst into tears saying I can’t do this. My husband gave me the perfect combo of tough love and support, you can so do this G.

Race number collected and met up with a Martin and Kirsty. A few nervous wee stops and it was soon time to start. This was my first Lakeland Trails race and the pre race atmosphere was bouncing. After a cloud burst the sun was now shining.  Perfect running conditions.

It’s so nice running off road and running with Martin as we are equally paced. The Coniston half is a lovely course and takes in a lap of Tarn Hows. 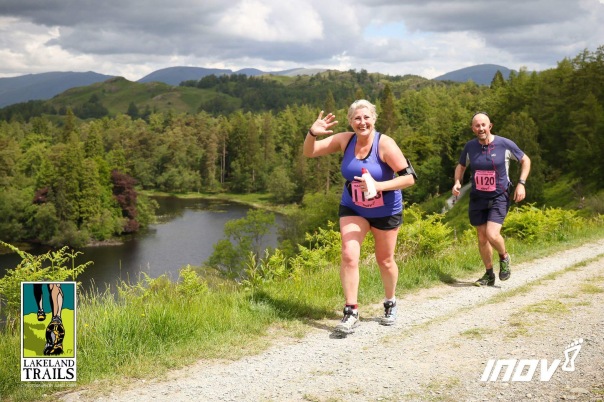 We did have a slight divert when we followed some fellow runners who we discovered were going the wrong way.  It was only for half a mile or so. The race is slightly cruel, as you have to pass the finish line to do an extra bit before getting to the finish. 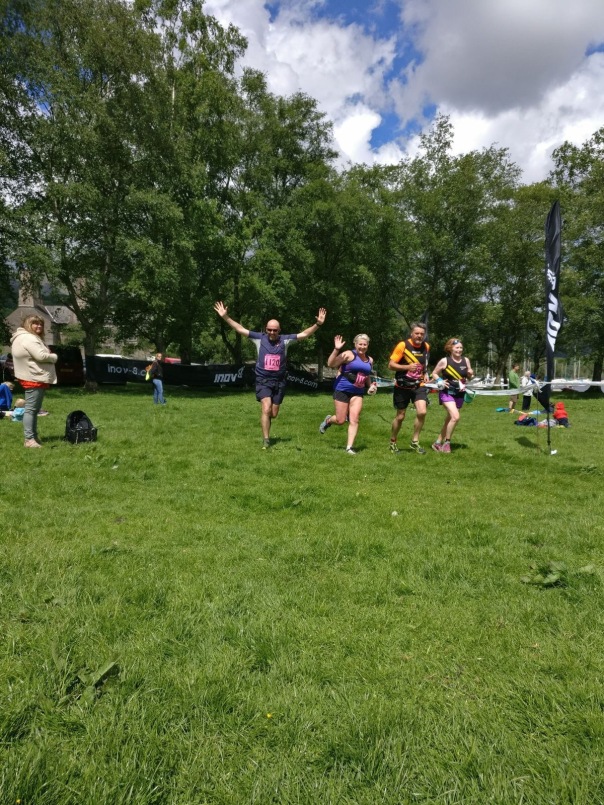 I really enjoyed running the race and especially running with Martin. I felt cross at myself for doubting my ability, if I could tell my start self what a good run it would be. No bling but a great finisher tee shirt and definitely earnt a late lunch.

Definitely going to do more off road running. It’s the future.