Marathon day was here. Back 6 weeks ago I didn’t think I would be recovered from a calf injury in time for the Chester marathon.  After managing to get a 13 mile run under my belt the week before marathon day.  I thought well what’s another 13.2 to do on top of that! Praying my positive mental attitude pulled me through along with running with Carolyn.

I was excited for my friend Carolyn who was running her first marathon. I ran my first marathon back in 2003, the naivety of not knowing what was ahead was a good thing. I ran my fastest marathon that year of 4:15, a feat I’ve never been able to repeat again, it’s still there in the back of my mind that I want to beat it. One day I will.

Only a small % of the population are crazy enough to take on the task of running a marathon. It’s a huge time commitment with the training needed, every thought is consumed with when/how am I going to fit in that long run. I have done a lot of eye rolling at folk, they seem to be under the illusion that because I ran the London marathon earlier this year, that means you can magically run another marathon 6 months later no problem. News flash! You still need to train, to get those long runs in your legs to even begin to enjoy running another marathon.

Before any big run I always get so anxious. It’s debilitating, negative thoughts rushing through my body at 100 mph. Someone asked me “why do you do marathons if it makes you feel like that” because it gives me self worth. I think if I can put myself through this it gives me some validity in life when I feel so lost in what my actual purpose is in life is. Some self worth when I’m feeling so down on “Gina”. My work in progress on being easier on myself slightly fails there.  When I run or just do stuff, I can’t compute that I inspire people, it’s nice to know that you do, but I can’t help shaking my head and thinking really do I? Why?

That aside we had a marathon to run. About 100 wee stops later and the start line beckoned, ok body don’t let me down deal! In previous marathons getting to the start had been a chore, the hotel was a 5 minute walk to the start. I kept thinking I’d forgotten something as it was all too easy. The start gun went, tracking apps activated and off we went. As soon as I start running all nerves disapate. 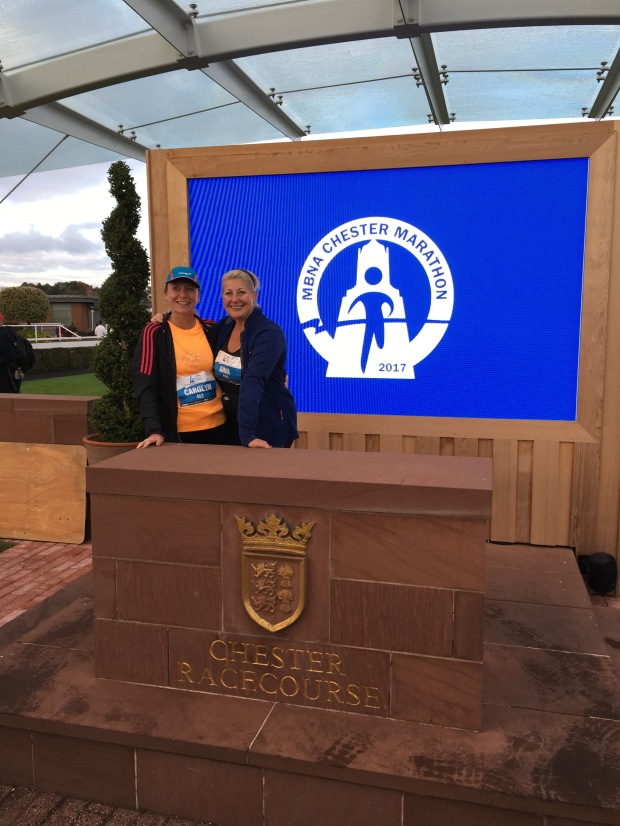 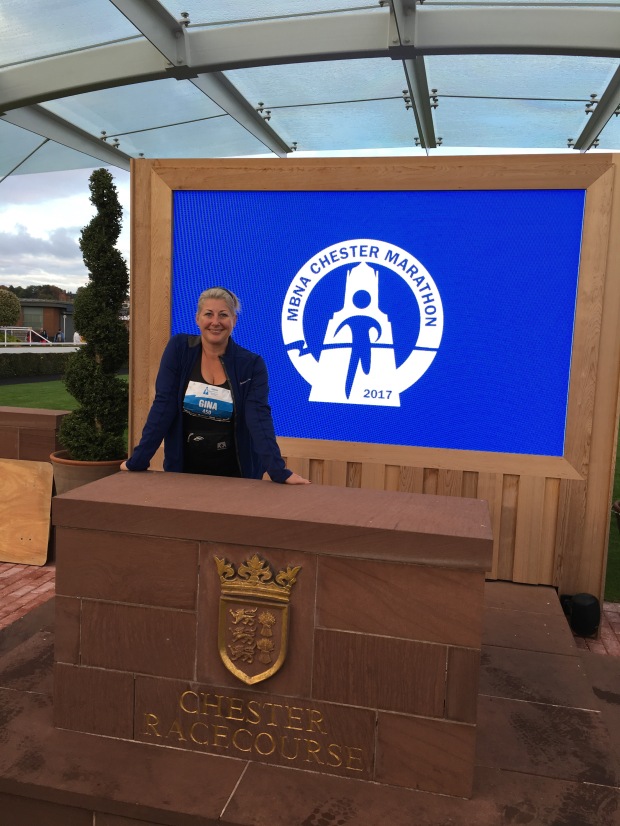 First 10k done and we were running well, good pace and it felt good. When we got to 12 miles my calf was twinging. Carolyn was running strong and I said go. She was hesitant at leaving me but I knew that she could totally smash it and didn’t want to hold her back. Reluctantly she went.

13 miles and halfway point on my own. Missing out on 4 weeks of crucial running was telling. You can’t magically make up those missed training miles, the really important long runs. As a negative thought entered my mind, I tried to turned it around. Praying for the mile markers to come quicker. Chester marathon is billed as a “flat” marathon, there were a few sneaky hills in there! Though it was nice running in the Cheshire countryside.

At mile 22, I didn’t so much as hit the wall but it came crashing down on me. My calf were hurting and I just felt awful. I rang Dave in tears, I just needed a familiar voice to tell me it was going to be ok. A pep talk and I was on my way. Spectators shouting “no far to go”. 3 miles feels like a long way when you’re struggling.

Come on gina, one foot in front of the other. I saw a completer who said when you get to the bridge the racecourse is there and the finish line. 800 metres to go, I could feel myself welling up.  Looking at all the faces, trying to spot a familiar one. I heard a shout and it was like a lightbulb going on. Keep going. 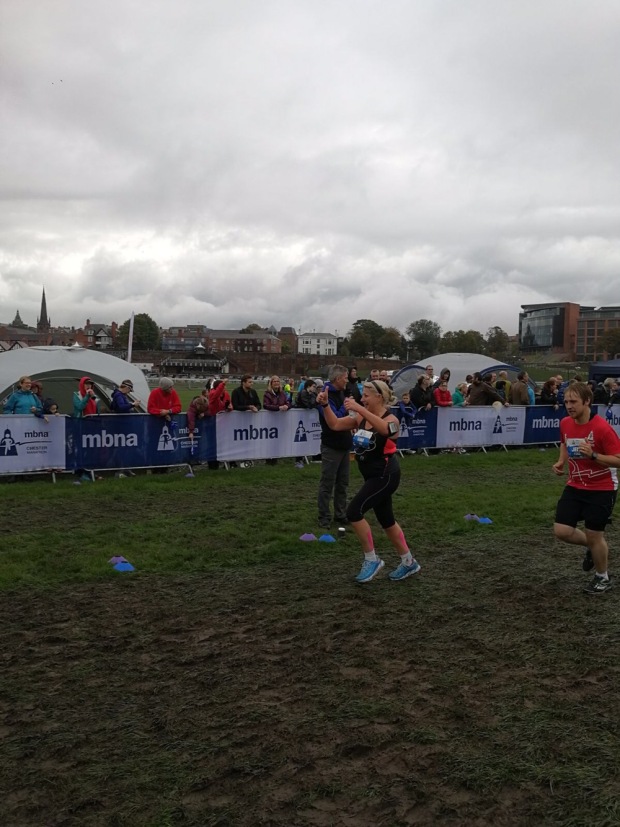 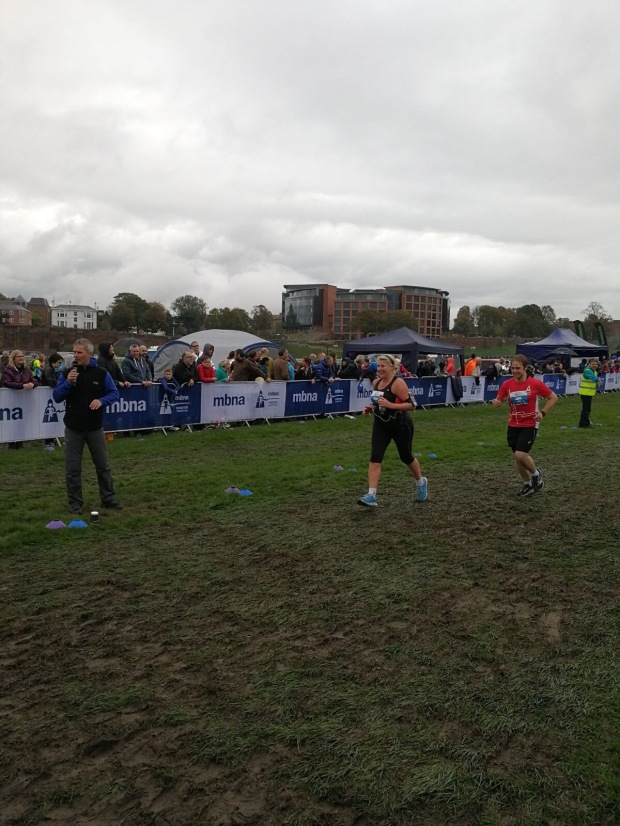 The finish line and the bragging rights that I had completed another marathon, my 6th in total in a very respectable 4:48, 17 minutes quicker than London earlier in the year. 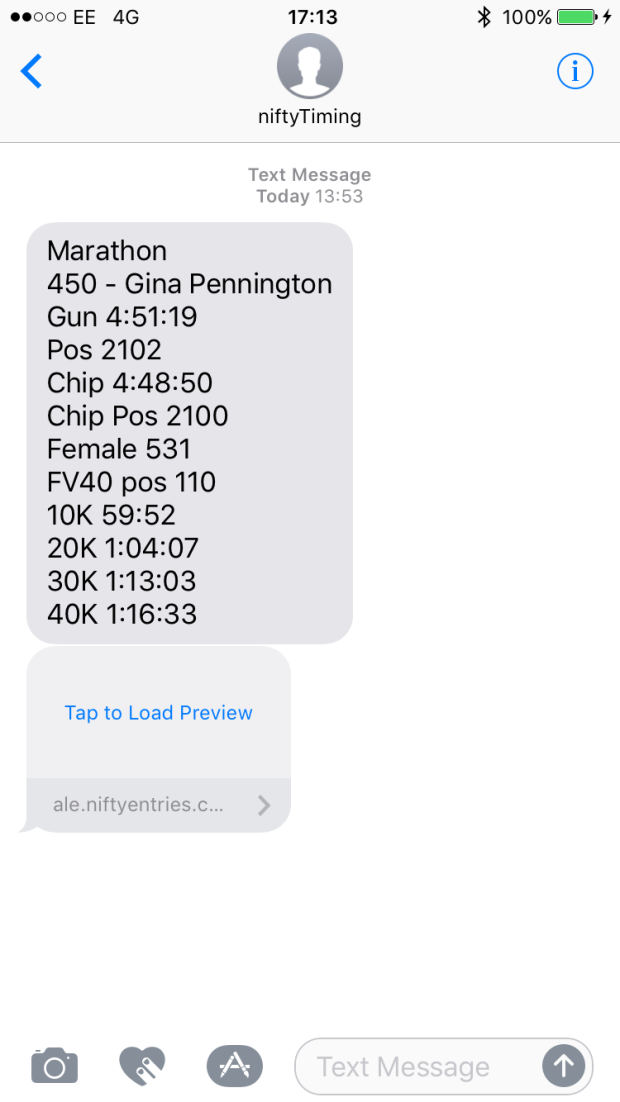 The celebratory hugs had never felt so good and couldn’t wait to see Carolyn and hear how she had got on. She had a great run and a time of 4:20. Adam, my husband’s cousins husband had a blistering run of 3:50. 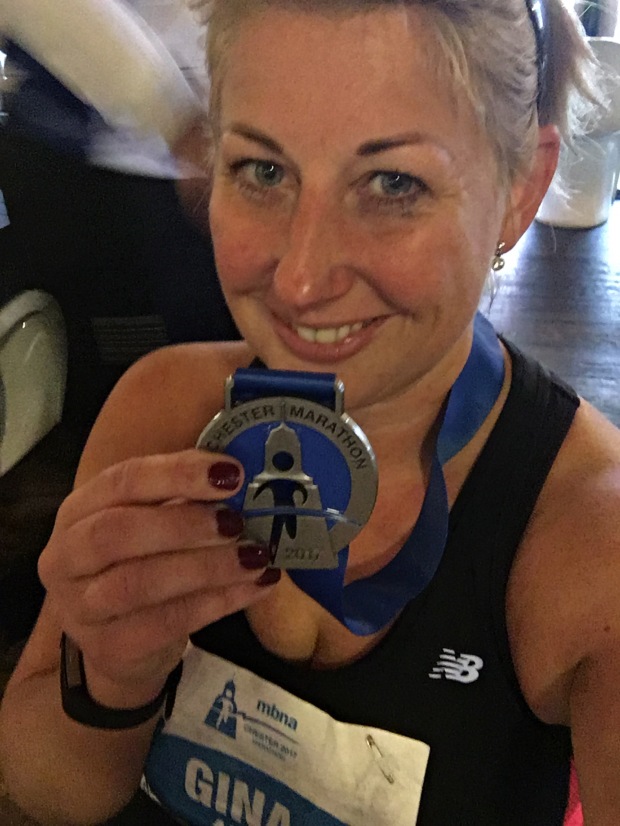 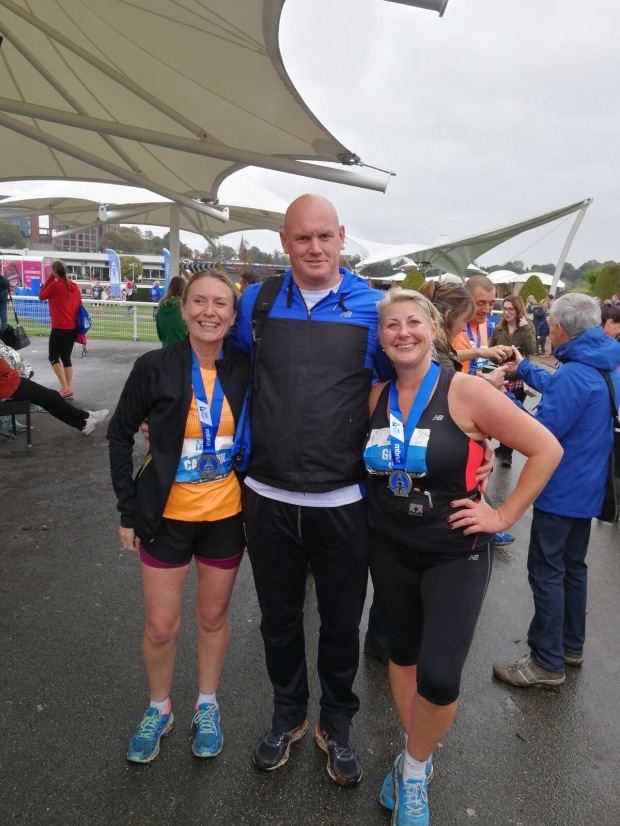 Time for some refuel before heading home and a relaxing Epsom salt bath. 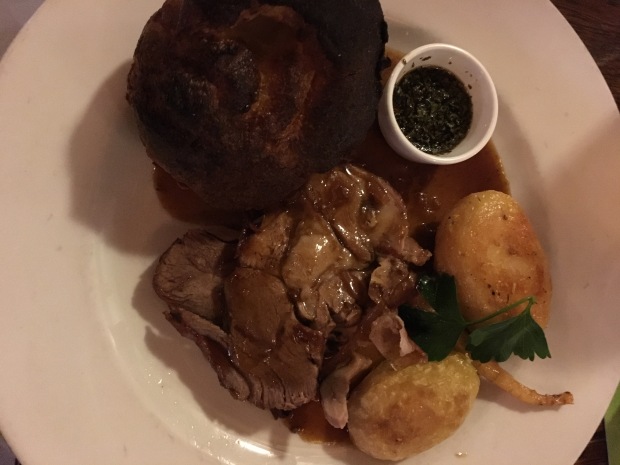 Thank you all at Chester marathon, a great course despite the sneaky hills! Great organisation, encouraging Marshalls and all at the drink stations.

Oh no in my post euphoric state, I’m looking at what the next marathon will be……