My name is Gina and at 44 and 1/2 I’ve never had a pet. Unless you include a goldfish won at the fair whose lifespan was usually about a month! As a small child I didn’t really like dogs and was a bit scared of them. Being small, dogs felt huge in comparison to the tiny you. I grew up in a village, from an early age I was dispatched to the milkman in the village to get extra milk. The milkman had an army of dogs. I remember 2 Great Danes and a bulldog bounding towards me and screaming for someone to help me as I stood there frozen with fear.

As I got older I was still wary of dogs and never had a desire to have one. I preferred dogs of people I liked, going on the theory if I liked them, then I’d like their dog.

When I met my husband, he’d grown up with dogs as part of the family. When he separated from his ex wife, they had to give up a Doberman puppy they had recently got. Dean, my eldest stepson jokes that he was more upset about the puppy going, than his parents splitting up. He used to say if only you’d met dad earlier we could have kept Skye the puppy.

For the last 15 years, Dave and the boys have said we should get a dog. I’d always be hesitant, say no and hope they’d forget about it. We used to take our neighbours dog out if we were out for a walk. It’s therapeutic and gives purpose to a walk. When we started doing our group walks there was always a army of dogs with us. Dave would say imagine this could be us. I placated and hoped he’d forget.

Our friend Jo has the most beautiful black Labrador called Nellie. She has such a lovely nature and she always wants to sit on me, which apparently is a good thing as it means she likes me. 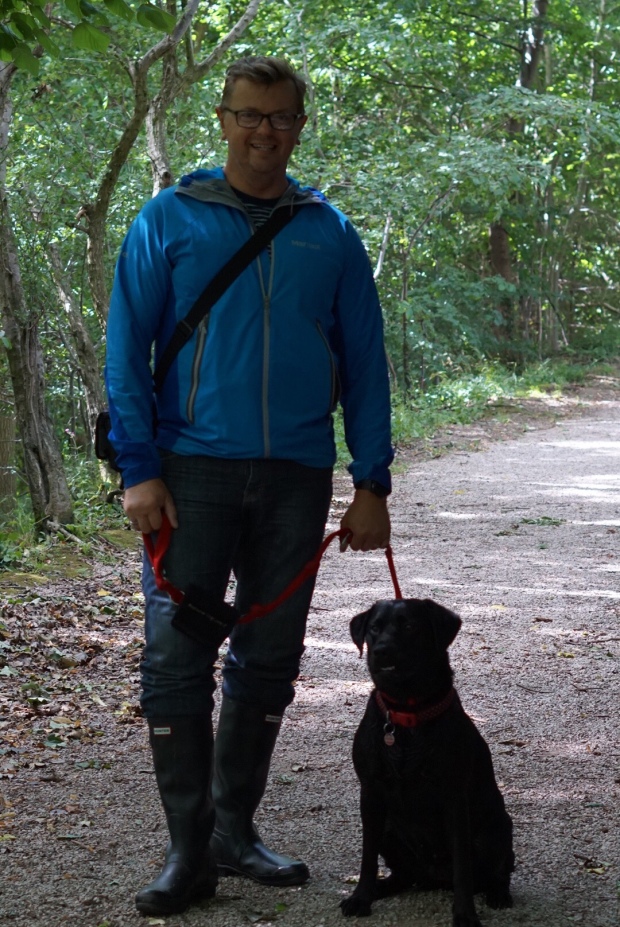 Jo said “we are going to have pups from her” Dave replied saying when she does I’m having one. I agreed thinking that will never happen! Then just before Christmas 2017, when we were out with Jo, she said I think Nellie is pregnant. OMG shit just got real. How long is a dog pregnant? When we will get her? So I found out a dog is pregnant for 60 days and at 8 weeks afterwards we will be dog owners.

Nellie had her puppies, all 9 of them on Christmas Eve. Couldn’t wait to meet our one. I feel a bit of a cliche “can’t have a baby get a dog”. When the IVF didn’t work getting a pet was up there with why don’t you adopt, when people thought these suggestions would magically fix our situation. Just for the record even though done with the best intentions, it doesn’t help. We had decided on the name Lucy. That was the name we had chosen if we had been lucky enough to have a daughter.

I feel excited and scared in equal measures about being a dog owner. As Jo said there is never a good time. It was so lovely meeting her for the first time. I felt quite emotional. Since she was born we have been seeing her weekly so she gets to know us. It is amazing how quickly they grow. Apparently she’s quite a character with her siblings. 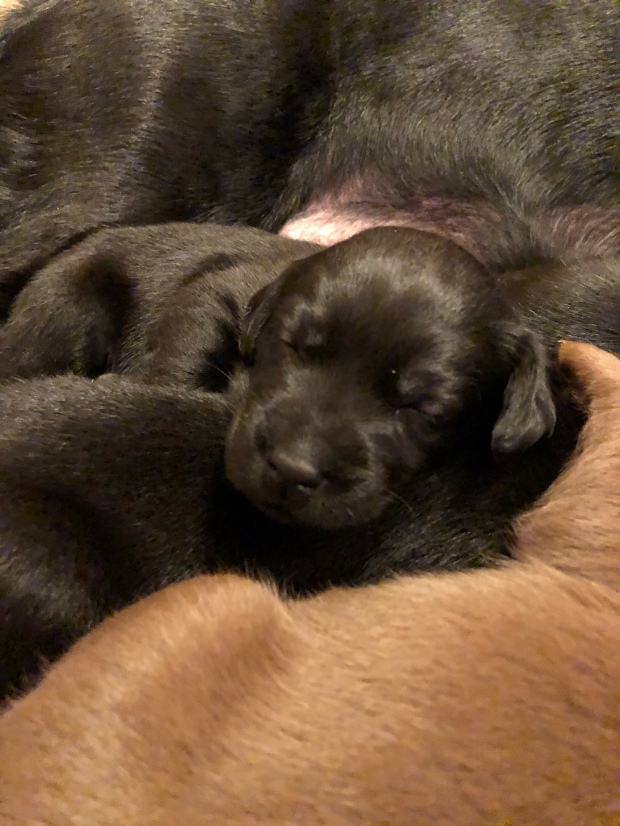 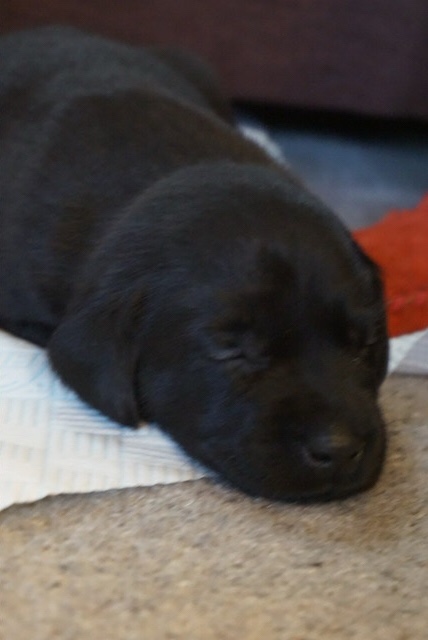 I’m looking forward to the wagging tail when we get home and at least someone will always pleased to see you. With the time I have spent with her, I can totally see why people have dogs. It relaxes you when you are just sat stroking and spending time with her.

People have stated the obvious “oh it will change your life” “you won’t be able to do what you used to do” my reply is good. It’s the perfect excuse to do less, to not be rushing around as much. I can’t wait until she’s old enough for big walks and to come running with me. I’m as prepared as I can be. I know within a few weeks, I’ll wonder what our lives were like before we had a dog.